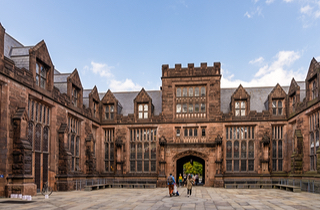 A little over a month after the Harvard men’s soccer team got their season cancelled over a sexist “scouting report” of their female counterparts, another Ivy League school, Princeton, is having similar problems. On Thursday, Princeton announced that the school’s men’s swim and dive team has had their season suspended over a team mailing list “that was vulgar and offensive, as well as misogynistic and racist in nature.”

“We make clear to all of our student-athletes that they represent Princeton University at all times, on and off the playing surface and in and out of season, and we expect appropriate, respectful conduct from them at all times,” said athletic director Marcoux Samaan in the university statement. “The behavior that we have learned about is simply unacceptable. It is antithetical to the values of our athletic program and of the University, and will not be tolerated.”

Sanaan added that the decision to end the season was not taken lightly. “After reviewing the situation with Coach Orr, we have decided to suspend the season, and all associated team activities, effective immediately,” she explained. “In the coming days we will make a determination about the status of the team’s remaining schedule and we also will work collaboratively to determine additional actions aimed at education and positive culture building for the team.”

The men’s swim team had previously been in hot water in March of 2015 over their “performance art” troupe, Urban Congo. With an act that consisted mostly of mock “tribal” drumming while wearing loin cloths and face paint, the group was after being criticized for its racist overtones.