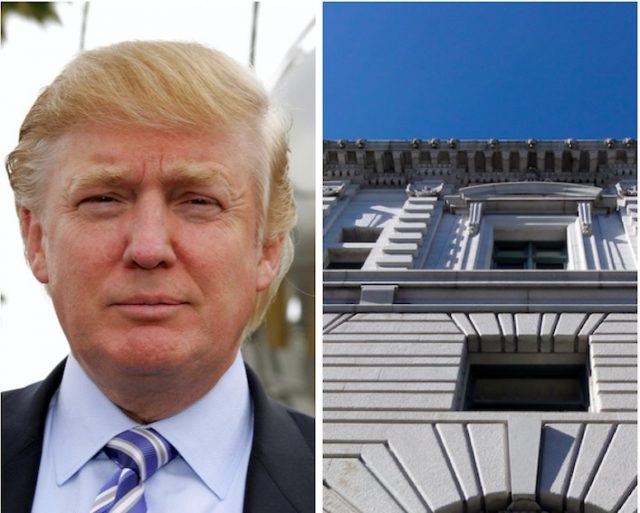 President Donald Trump says he is “absolutely” considering plans that would split up the Ninth Circuit Court of the Appeals, which has traditionally been the most liberal of the federal appeals courts.

“Absolutely, I have,” Trump told The Washington Examiner. “There are many people that want to break up the Ninth Circuit. It’s outrageous.”

First the Ninth Circuit rules against the ban & now it hits again on sanctuary cities-both ridiculous rulings. See you in the Supreme Court!

The Northern District of California falls within the Ninth Circuit, however, the sanctuary city case has not made its way up to the appeals court yet.

“The language could not be any clearer. I mean, the language on the ban, it reads so easy that a reasonably good student in the first grade will fully understand it. And they don’t even mention the words in their rejection on the ban,” Trump said to The Washington Examiner. “And the same thing with this [sanctuary city decision]. I mean, when you have people that are being enabled to commit crime. And in San Francisco, when you look at Kate Steinle being shot and here is the court, you know, right in that same general area. And when you look at a Kate Steinle, when you look at so many other things.”

This isn’t the first time that conservatives have suggested breaking up the Ninth Circuit. As we previously reported, Republican Senators Jeff Flake and John McCain, both from Arizona, have introduced a bill that would add a new 12th Circuit covering six states currently under the jurisdiction of the Ninth Circuit. The plan would allow the Ninth Circuit (based in San Francisco) to keep California, Oregon, Hawaii, Guam, and the Northern Mariana Islands. Meanwhile, the new 12th Circuit would take over Arizona, Nevada, Idaho, Montana, Washington, and Alaska.

The Court’s liberal reputation, as well as many of its major opinions getting struck down by the Supreme Court, has led to some conservatives referring to it as the “Nutty Ninth” or the “Ninth Circus.” At least part of the reason for its left-leaning tendencies may be because 18 of the 25 active judges currently sitting on the bench were appointed by Democratic presidents. Former President Barack Obama appointed seven judges to the Ninth Circuit during his eight-years in the Oval Office.