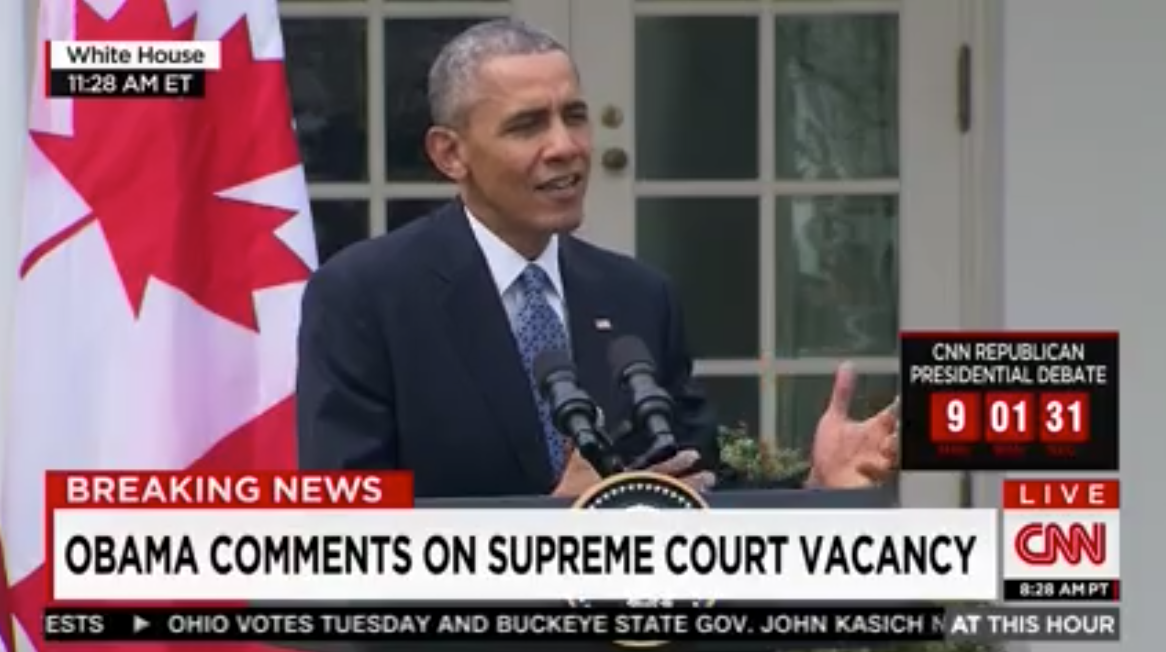 At a press conference at The White House Rose Garden on Thursday, President Obama said he hopes “cooler heads” will prevail in his effort to appoint the next Supreme Court Justice.

“I want someone who is an outstanding jurist with impeccable legal credentials who by historical standards would not even be questioned as qualified for the Court,” President Obama said to reporters during a joint press conference with the Canadian prime minister. Obama said he found it ironic that Republicans are constantly citing the Constitution, yet they are reading in words that don’t exist regarding the Supreme Court appointment process. Republicans have pledged to stall any nominee until after the 2016 election.

“Obviously it’s someone who I want to make sure follows the Constitution, cares about things like stare decisis…understands the necessary humility of a judge at any level,” Obama said. Obama didn’t indicate when he would be making the decision. His remarks comes as a new report contends that the President is down to five potential nominees.

Here is video from his press conference: