Preet Bharara: Maybe Robert Mueller Was Behind the Cohen FBI Raid After All 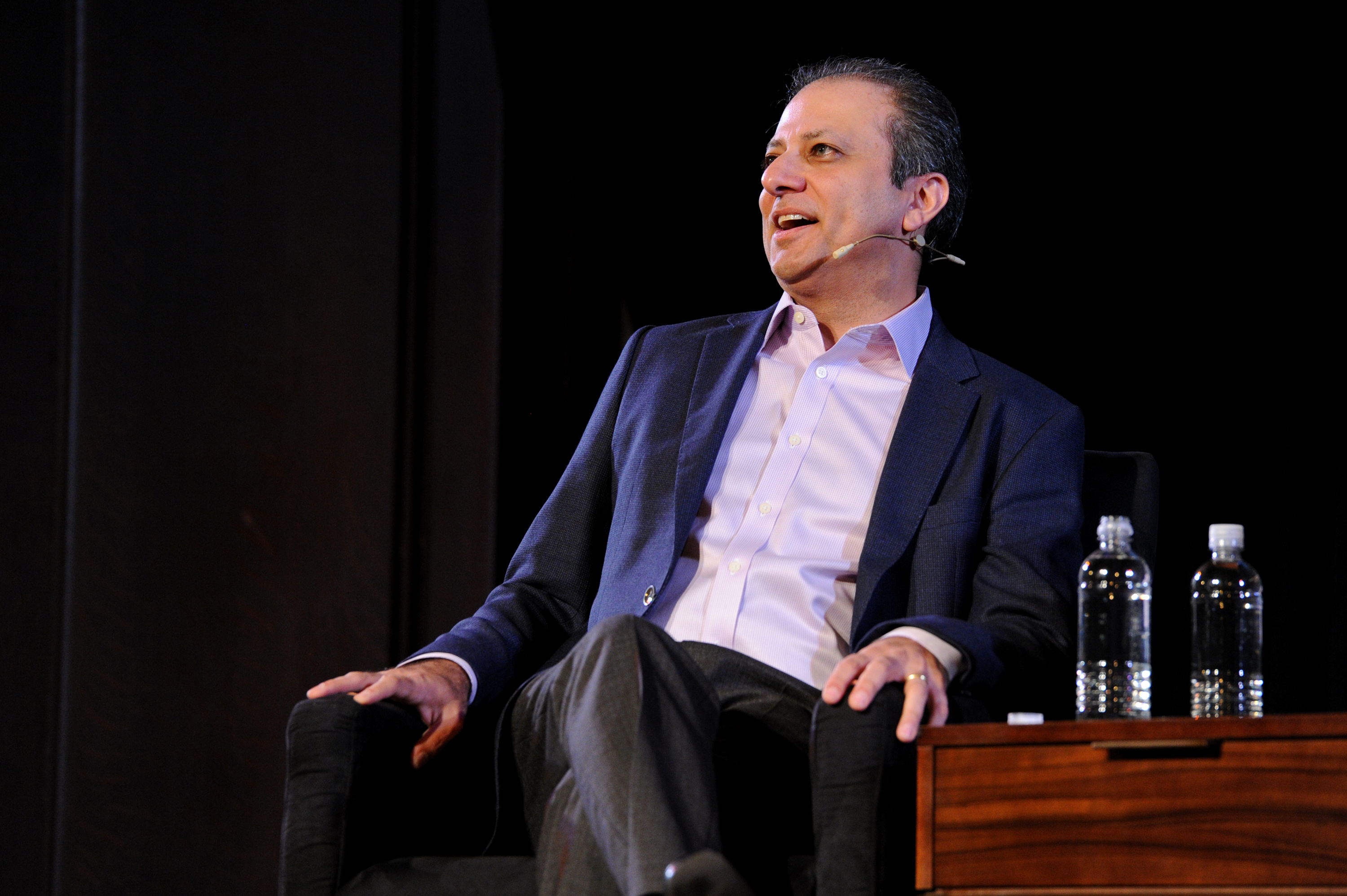 Michael Cohen has been raided by the FBI.

As the president struggles to understand what “attorney-client privilege” actually means, those keen on deeper knowledge have attempted to suss out the upshot of the possible players involved. To wit, the Southern District of New York–one of the nation’s most prestigious state-based federal court systems–and maybe Robert Mueller after all?

That’s the implication in a series of tweets sent by infamously sacked former U.S. Attorney Preet Bharara–a man with a podcast and a very thorough understanding of the way things work in the United States District Court for the Southern District of New York (“SDNY”). Bharara tweeted at 6:49 p.m. on Monday:

I need to see more specific reporting before I’m 100% convinced this is a full-on “referral” to SDNY. I could be completely wrong but such a referral seems peculiar. Of course much is peculiar these days.

Bharara’s initial statement was quickly followed up by this one:

If Cohen flips, for example, and has Russia-related information to testify about, Special Counsel and SDNY are going to share this witness?

Realizing he was on a roll and had worked himself up into an analytical lather of sorts, Bharara then entertained his apparently preferred theory. At 6:57 p.m. on Monday, he tweeted again:

As [Matthew Miller] just suggested, it seems that if the Mueller team were retaining the Michael Cohen piece, they would still need a “clean team” (or “taint team”) to deal with the sensitivities of A-C privilege. That could be SDNY.

Matthew Miller is MSNBC‘s in-house legal analyst and suggested–on Monday evening and again Tuesday morning–that SDNY’s investigative effort was the “clean team” tasked with sorting through Cohen’s files and then turning over the non-privileged information to Mueller’s army of attorneys.

Law&Crime‘s prior reporting on this story has suggested the joint SDNY-FBI Cohen raid was based on a “referral” from the special counsel’s office. That’s another way of saying the two investigations are not necessarily connected. The source for that claim, however, is Michael Cohen’s attorney, Stephen Ryan.

In much-publicized comments, Ryan said, in relevant part, “I have been advised by federal prosecutors that the New York action is, in part, a referral by the Office of Special Counsel, Robert Mueller.”

A prior analysis by Law&Crime‘s Rachel Stockman pointed out the conditional, lawyerly use of language in Ryan’s statement. That is, the inclusion of the weasel phrase, “in part” could very well mean there’s Transformers-level moving parts to the Cohen raid happening behind the scenes. In other words, Ryan’s statement could support the idea that Mueller’s role here is much more than simply being a referring party.

Rather, the theory goes, Mueller might have sent SDNY on a hunt. Not a wild goose chase. But an honest-to-goodness hunt for certain evidence in Cohen’s possession. Using the SDNY’s authority therefore would serve the function of side-stepping thorny issues of attorney-client privilege. This appears to be the conclusion that Miller and Bharara have both settled upon.

In real terms and beyond legalese this means: Robert Mueller may have used the SDNY raid to scoop up as much evidence from Cohen as he possibly could (of course, they would still have to have probable cause that a crime occurred to even get such a warrant). Those SDNY-affiliated investigators would sort through (and keep) the files protected by attorney-client privilege while the rest of the potential evidence on Trump, Cohen, et, al. conveniently finds itself in Mueller’s waiting hands.

In other words: maybe this wasn’t a referral at all.

[image via Craig Barritt/Getty Images for The New Yorker]

Editor’s note: this article has been amended to clarify the distinction between state and federal court.