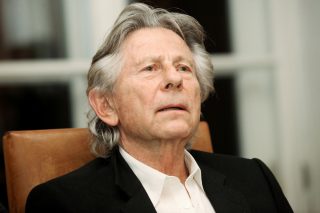 The legal drama surrounding Roman Polanski won’t end with the film director being extradited to the United States from Poland, according to a decision from the Polish Supreme Court on Tuesday.

Polanski was arrested in the U.S. in 1977 for having sex with a 13-year-old girl. He fled the country the following year after being convicted of statutory rape, but before he was sentenced. He is currently living in France, but is also a Polish citizen. The Krakow prosecutor’s office brought the case for extradition on behalf of Los Angeles County.

A lower court ruled in October 2015 that they would not send the now 83-year-old Polanski to the U.S., under the explanation that Polanski would not face fair treatment in California. Chief prosecutor Zbigniew Ziobro appealed to the country’s Supreme Court, telling Polish media in the spring, “If he was just a regular guy, a teacher, doctor, plumber, decorator, then I’m confident that he’d have been deported from any country to the U.S. a long time ago.” Nevertheless, the Polish Supreme Court affirmed the lower court’s decision.

Given that Polanski lives in France, which does not extradite its own citizens, the Polish decision doesn’t affect much, other than allowing Polanski to work in the country. The Oscar-winner is currently working on a new film that was originally planned for shooting in Poland, but Polanski has since changed his mind and will film it in France.