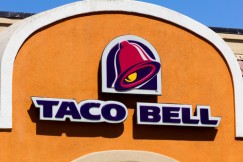 Police have said two masked robbers entered the restaurant early Wednesday and ordered three employees to lie on the floor. Police say three other employees pulled out handguns and opened fire, shooting one of the suspects six times. The other suspect ran off.

Investigators say Jackson was found with a loaded gun in his hand. He was taken to a hospital and pronounced dead.

No one has been arrested. The employees who opened fire are said to be two 19-year-old men and a 23-year-old man.

A Taco Bell spokeswoman told Cleveland.com the company is “shocked” by the shooting and is offering counseling to employees.