‘Pharma Bro’ Won’t Stop Talking, Except to Jury in Trial 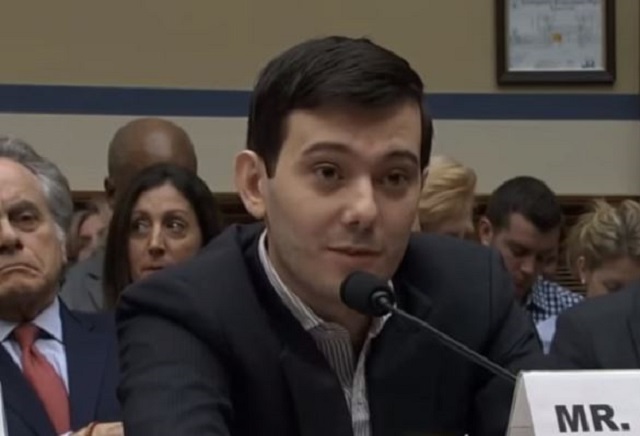 NEW YORK (AP) — “Pharma Bro” Martin Shkreli has kept up his trademark trolling on social media during his securities fraud trial — calling the case “bogus” — but the jury won’t hear him defend himself in court.

The government’s last witness testified on Tuesday, a day after a lawyer for the former biotech CEO told the court that his client had chosen not to take the witness stand. Closing arguments are expected later this week.

Shkreli, 34, is best known for raising the price of a life-saving drug by 5,000 percent and targeting his critics with online rants so nasty that it got him kicked off of Twitter for harassment. He was arrested in 2015 on unrelated federal charges accusing him of lying to investors in a pair of failed hedge funds.

Though not part of the case, the price-gouging scandal has hung over the trial and burdened Shkreli with a likability deficit that made it even more of a longshot that he would testify. But that hasn’t stopped him from using the internet to vent after spending long days sitting at the defense table.

In one of a flurry of recent Facebook posts, he wrote: “This was a bogus case from day one.”

He also has taken aim at news coverage of the trial, a la President Donald Trump, writing, “More trash from the NYTimes. Is there an intelligent writer-editor pair at this company? Who would read this ‘news’?”

Even prosecutors aren’t off limits: Earlier this month, he taunted them as “the cowardly government,” while he griped about their trial tactics. “This is not North Korea,” he wrote.

Though they won’t hear from him in court and are under orders to avoid anything about him in the cyber realm, jurors in recent days have gotten a taste of Shkreli’s disdain for investors and mercurial demeanor.

Government evidence introduced on Tuesday included emails in which Shkreli snapped at a lawyer charged separately with conspiring with him in a scheme to hide hedge fund client losses and pay them back against their wishes with stock in a new drug company called Retrophin.

“I am really starting to think you are inept,” Shkreli told the lawyer in one email. When the lawyer asked for guidance on how to divvy up shares, he replied, “Take from anyone. I don’t care. Do the math.”

In other testimony, a former business partner described how Shkreli sent his wife a threatening letter.

“Your husband has stolen $1.6 million from me,” it read. “I hope to see you and your four children homeless. I will do whatever I can to assure this.”

The defense has countered by trying to draw attention to the fact the investors who claim they were victims of fraud ultimately made a big profits once the drug company went public.

Retrophin CEO Stephen Aselage testified that even though he had misgivings about Shkreli, he considered him a “brilliant intellect” and a “visionary.”

Some managers at the drug company “described him as the Pied Piper,” he said. “He tells a story, sings a song and everyone wants to follow him.”

This story was written by Tom Hays of the AP.