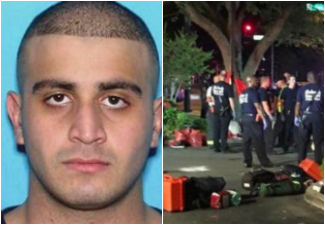 There’s no question that the deadly attack on Pulse, an Orlando gay nightclub, this past weekend was a “hate crime” under Florida law.  Florida Criminal Statute 775.085 specifically raises the penalty for any felony committed evidenced by prejudice against sexual orientation.

What does it mean for something to be categorized as a “hate crime”?

The term “hate crime” was first used in the 1980s, and was used to create a clear line between bias-based speech (some of which has Constitutional protection under the First Amendment) and violence motivated by that bias. Hate crime legislation usually aims to differentiate run-of-the-mill criminal activity from the kind of bigotry-motivated violence aimed at groups of people because of who they are.

If the shooter had survived the incident, classification of his murders as a “hate crime” would have increased the criminal penalty he would have faced. The classification would likely have given prosecutors cause to seek capital punishment under Florida’s controversial death penalty statute.  In this instance, though, cause to elevate the degree of the underling crime would hardly be necessary. The extreme scope of the murder would certainly constitute aggravating circumstances such that this would already be prosecuted as a capital murder.

Does being a “hate crime” mean the attack cannot be classified as “terrorism”?

Nope. It’s not an either/or situation. A crime can be classified as both a hate crime and as terrorism depending on its circumstances. Given the shooter’s pledge of support to ISIS during his 911 call, as well as some of the information in his personal history, it’s entirely possible that this case qualifies for both classifications.

If the shooter isn’t going to face prosecution, does it even matter if this is considered a “hate crime”?

Yes. As Americans acknowledge the targeting of gay men based solely on their sexual orientation, we will further understand the need to confer protected class status on this minority group. Legislation is the manner in which a society speaks. When state legislatures adopt criminal laws that impose harsher penalties for hate crimes, they make a statement that crimes motivated by bigotry are crimes against all citizens. Such a stance is an important show of support or any minority community, and an even more critical denouncing of bias-motivated violence. It says that he who victimizes a minority group victimizes all of us. Labeling the Orlando attack a “hate crime” will operate within the larger context of LGBT rights to spread the message that victimizing gays is an act of moral turpitude. Whether that victimization is violent or non-violent, it violates the law.

Is the Florida hate crime law any different from other hate-crime legislation?

Yes. Florida’s hate crime statute specifically includes sexual orientation on its list of protected groups. But twenty other states do not. In fact, five states (Arkansas, Georgia, Michigan, South Carolina, and Wyoming) do not recognize hate crimes at all.  The most disturbing set of states are the fifteen that have hate crime legislation, but that have chosen to exclude LGBTs from the protection granted to ethnic and religious groups.

As details continue to unfold about the disturbing and tragic events of June 12th, it is incumbent on American citizens to recognize the attack as a crime motivated by hatred of minority group. Whether that hatred was a symptom of an underlying mental illness, was a by-product of religious fanaticism, or simply stood on its own will surely become clearer as the investigation continues. Regardless of the myriad factors that likely led the shooter to commit this unspeakable crime, the American journey of healing needs to begin with the step of recognizing that even within our borders, there is intense hatred for a group of our fellow citizens that needs our protection and solidarity.