Ohio Calls Off Execution After Failing to Find Inmate’s Vein 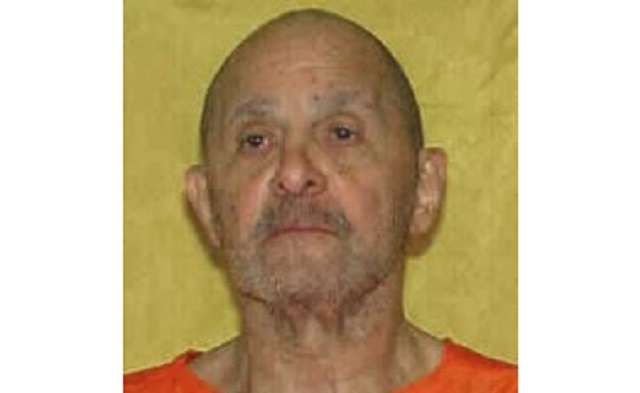 LUCASVILLE, Ohio (AP) — Ohio called off the execution of an ailing 69-year-old killer Wednesday after the executioners couldn’t find a vein to insert the IV that delivers the lethal drugs.

It was only the third time in modern U.S. history that an execution attempt was halted after the process had begun.

Alva Campbell, condemned to die for killing a teenager during a carjacking two decades ago, was promptly given a new execution date by Republican Gov. John Kasich that is a year and a half away.

The execution team worked for about 25 minutes to find a vein in Campbell’s arms or his right lower leg as he lay on a gurney in the death chamber. Team members used a locating device with an ultraviolet light while comforting Campbell by patting him on the arm and shoulder.

Although it appeared the executioners had successfully inserted a needle in his shin, the warden instructed the team to pull it out, said David Stebbins, Campbell’s public defender.

Informed the execution was being called off, the condemned man shook hands with two members of the team and wiped away tears.

“This is a day I’ll never forget,” Campbell said, according to Stebbins.

Certain conditions can make it difficult to find suitable veins, including damage from drug abuse, or dehydration. Stebbins said Campbell’s poor veins and other health ills are problems that won’t go away anytime soon.

Death penalty opponents called for the state to put an end to the death penalty.

“This is not justice, and this is not humane,” said Mike Brickner of the Ohio chapter of the American Civil Liberties Union.

Campbell’s attorneys had warned that his execution could become an unseemly spectacle because of his poor health. He suffers from breathing problems from a longtime smoking habit and requires a walker and a colostomy bag, his lawyers said.

On Wednesday, he was brought into the death chamber in a wheelchair, lifted onto the gurney by three men and given a wedge-shaped pillow to help him breathe. In the days before, he was kept hydrated and denied caffeinated coffee, Stebbins said.

A medical team had checked his veins and determined they were accessible an hour before Campbell was put on the gurney, according to a timeline provided by the prisons department.

Ohio Correction Director Gary Mohr said that the execution team humanely handled the attempt and that he made the decision to call it off after talking with the medical team.

The sister, brother and uncle of Campbell’s 18-year-old victim witnessed the unsuccessful attempt to put him to death.

Earlier this month, Campbell lost a bid to be executed by firing squad, which would have required a change in Ohio law.

Franklin County prosecutor Ron O’Brien called Campbell “the poster child for the death penalty.” Prosecutors also said Campbell’s health claims were ironic given that he faked paralysis to escape the day of the carjacking.

Campbell was in a wheelchair in 1997 when he overpowered a sheriff’s deputy on the way to a court hearing on armed robbery charges. He took the deputy’s gun, carjacked Charles Dials and drove around with him for several hours before shooting him twice in the head.

In 2009, the state called off the execution of killer Romell Broom after two hours of unsuccessful attempts to find a vein. Broom is back on death row with a new execution date in 2020. In 1946 in Louisiana, the electrocution of 16-year-old Willie Francis was halted because of improper set-up of the chair. He was executed the following year.

This article was written by Andrew Welsh-Huggins of the AP.