Now That Justin Ross Harris has Been Convicted, Get Ready for the Appeal 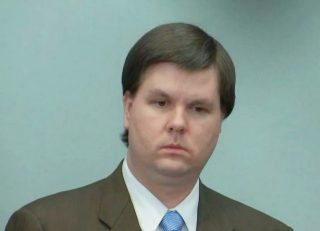 Now that Justin Ross Harris has been convicted of murder for the death of his 22-month-old son Cooper, it’s only a matter of time before his attorneys appeal the decision (in fact, they have 30 days to do it). The jury found that Harris intentionally left Cooper in a hot car to die, while his defense maintained that it was a tragic accident.

Over the course of the trial, Harris’ defense made a number of motions for a mistrial. Perhaps the most significant instance was after Judge Mary Staley Clark restricted defense attorney Maddox Kilgore‘s ability to question one of the prosecution’s witnesses. When police officer Brett Gallimore took the stand, Kilgore claimed that his testimony was inconsistent with his initial report on the case, and wanted to impeach the witness’ credibility before the jury. When Gallimore was questioned by prosecutor Chuck Boring, he said that he “never saw (Harris) cry once. I didn’t see any emotion whatsoever.” Yet, Kilgore pointed out, Gallimore’s report said that Harris was extremely upset when the officer secured the scene when he arrived. Gallimore also said that Harris cursed at him, saying, “Shut the fuck up,” but in his testimony, he acknowledged that it couldn’t be heard in video footage.

Judge Clark kept Gallimore’s police report from being entered into evidence about the apparent inconsistency, which resulted in the motion for a mistrial. The judge denied the motion, and flat out said that if Kilgore had a problem, he could appeal.

Additionally, there was an issue regarding the search warrant used in the case. The defense argued that it was based on information in a probable cause affidavit that wasn’t entirely correct, which they felt should have precluded certain evidence from being used at trial.

There was also the matter of Harris facing three charges that were separate from Cooper’s death. Harris had sent sexual messages and images to an underage girl around the same time as Cooper’s death, which tied into the prosecution’s theory that Harris was looking to get away from family life. This was a potential motive for why he was having affairs and why he would have killed his son. The defense felt that the charges related to this should have been kept separate from the charges related to Cooper’s death, because they were not connected, and because the case against Harris for sexting with a minor could be unfairly prejudicial against him for the murder charges.

Another issue that could likely be raised is with regards to a 3D rendering of the inside of Harris’ car, complete with a recreation of Cooper’s car seat with an image of a child inside. Harris’ defense objected to the 3D recreation of the vehicle, claiming that it was based on measurements that were different from the ones first given before the trial began. Judge Clark ruled that it was not a significant issue and allowed the evidence. While it is hard to say what role it played in the jury’s decision, the position of the car seat was key in the prosecution’s closing argument. Boring ended his closing by saying, “If that’s how that car seat looked on June 18, the defendant’s guilty of all counts.” The jury indeed found Harris guilty of all counts.

Sentencing might also be an issue on appeal, depending on the outcome of a hearing on December 5. Harris is facing life in prison, but if he is denied the possibility of parole, that could be something that his attorneys will fight through the appellate process.