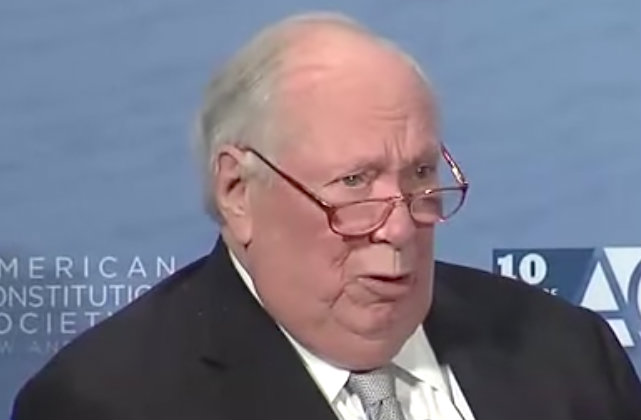 When judges rule for you, they don’t tend to chew you out at the same time. But that’s what happened to the Trump administration in a Ninth Circuit ruling on Monday. They’re kicking Hawaii farmer Andres Magana Ortiz out of the United States since he came here illegally in 1989. In Ortiz v. Sessions, the Court denied his emergency motion to stay in the United States, so he must go back to Mexico and leave his family behind. That resulted in a bitter opinion from Judge Stephen Reinhardt.

“We are compelled to deny Mr. Magana Ortiz’s request for a stay of removal because we do not have the authority to grant it,” he wrote. “We are not, however, compelled to find the government’s action in this case fair or just.”

Ortiz came to the States when he was 15, the opinion states. Now 43, he built a life with his wife and three children, the eldest being 20. All of them are U.S. Citizens.

“In his time in this country Magana Ortiz has built a house, started his own company, and paid his taxes,” Reinhardt wrote. “Although he apparently has two convictions for driving under the influence, the latest of them occurred fourteen years ago, and he has no history of any other crimes. Indeed, even the government conceded during the immigration proceedings that there was no question as to Magana Ortiz’s good moral character.”

Ortiz had been fighting to stay in the country for years, successfully filing for a stay of removal in September 2014. He got an additional stay in November 2016, but that was reversed on March 21, 2017, according to Reinhardt. This decision was made “without any explanation” and other applications for a temporary stay kept getting denied, the ruling stated. On May 10, Ortiz applied to a district court for an emergency request for a stay of removal, but that was denied, leading to his final appeal on May 17.

Reinhardt acknowledges he can’t do anything about it. He said the court can’t approve the request to stay. Ortiz has to go. But that didn’t stop the judge from protesting the executive branch’s decision because the man and his family were pursing legal alternatives for him to stay in the U.S. The government could have let him remain, but instead it is kicking Ortiz out. Reinhardt went as far as to take shots as President Donald Trump‘s hardline campaign rhetoric on immigration.

Ortiz will be banned from returning to the United States for 10 years. LawNewz.com reached out to the Department of Justice for comment, but they declined comment.

The Ninth Circuit, including Reinhardt, has a liberal reputation. Trump has proposed breaking it up.

[Screengrab of Reinhardt in 2012 from American Constitution Society]