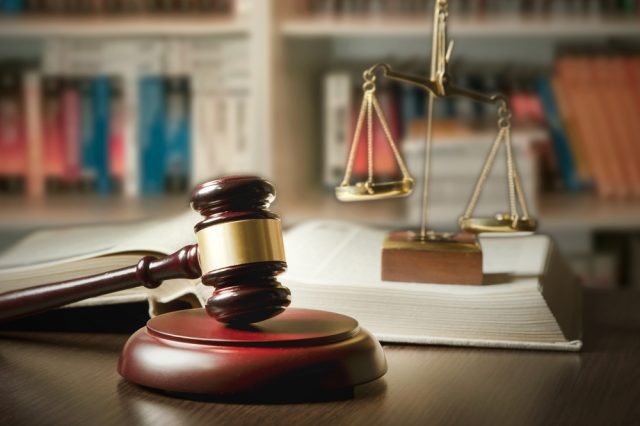 JACKSON, Miss. (AP) — The Mississippi Supreme Court will hear the case Wednesday on whether 44-year-old Chris Strickland should be listed as the legal parent of now-6-year-old Zayden Strickland.

A lower court judge ruled during the divorce that Strickland wasn’t a parent. He said the anonymous sperm donor had paternal rights, and awarded full custody rights to Kimberly Day, who carried a child who bears Strickland’s last name.

“Can Zayden have three parents? Both these ladies who are married to each other and the father? The court is of the opinion the answer is ‘No,'” wrote Rankin County Chancery Court Judge John Grant. “The court finds two women cannot conceive a child together. The court does not find its opinion to be a discriminatory statement but a biological fact.”

Grant did order visitation rights with Zayden for Chris Strickland, who pays child support. But Strickland believes the ruling overall discriminates against her and defies the U.S. Supreme Court decision legalizing gay marriage. She wants legal parental status and hopes that will eventually lead to 50-50 custody.

“Every child needs both parents, no matter homosexual or heterosexual,” Strickland said Tuesday. “It’s just better for the child.”

The couple married in Massachusetts in 2010. Strickland said she and Day informally shared custody until Day married a man in 2015 and barred Strickland from seeing Zayden or a now-17-year-old boy Day adopted in 2007.

Strickland sued for divorce and to have Day’s later marriage annulled, which the lower judge ordered.

Day argues Strickland should have sought to terminate the sperm donor’s parental rights and made a mistake during the divorce by not introducing the donor’s waiver of parental rights into the court record.

Strickland’s lawyers argue that stance could call into question the rights and duties of opposite-sex Mississippians who have conceived a child using donated eggs or sperm, not just same-sex couples. That warning is supported by some outside groups, including the American Society for Reproductive Medicine.

Strickland’s lawyers argue that in Mississippi, any child born to a married man and woman is legally presumed to be the child of both. Strickland said she asked at the hospital in 2011 to be named on Zayden’s birth certificate as a parent, but said the hospital was told by state officials that it couldn’t do that.

“You have to treat same-sex couples equally” she said.

The Foundation for Moral Law, which is associated with Alabama U.S. Senate candidate Roy Moore, filed arguments urging justices to disregard the U.S. Supreme Court decision and restate Mississippi’s law defining marriage as being between one man and one woman.

In a 2015 ruling allowing a lesbian couple to seek a divorce, Mississippi Justices Jess Dickinson and Josiah Coleman each wrote that the U.S. Supreme Court overreached its authority in legalizing same-sex marriage and called for the state to consider the issue on its own. Dickinson is no longer on the court.