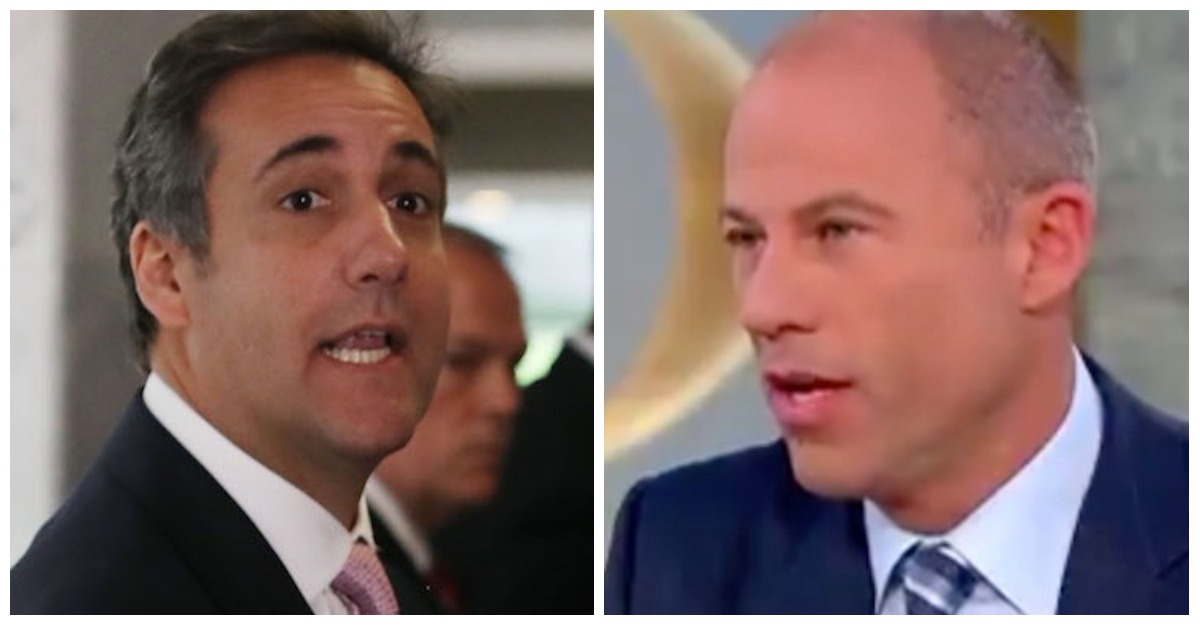 Stormy Daniels‘ attorney Michael Avenatti told MSNBC’s Nicole Wallace on Thursday evening that President Donald Trump‘s longtime lawyer Michael Cohen, whose offices were raided by the FBI on Monday, is seeking an emergency stay on the Daniels defamation suit and will plead the Fifth if he does not get it.

“We’ve learned moments ago, within the last two hours, that Michael Cohen will be filing a motion tomorrow in our case, an emergency motion, to stay — or temporarily stop — our case,” Avenatti said. “And the grounds for that motion are going to be that it is his intention to plead the Fifth Amendment against self-incrimination if our case goes forward, in light of potential criminal jeopardy that he finds himself in.”

Avenatti said that he’s going to oppose that stay.

“We think we have very good grounds as to why there should be no delay in our case,” he said.

Avenatti followed up his media appearance with a tweet, calling Cohen’s anticipated Fifth Amendment plea “a stunning development, the seriousness of which cannot be overstated.”

A stunning development, the seriousness of which cannot be overstated. https://t.co/xEoGjj7BYZ

“This doesn’t surprise me at all. Now that Michael Cohen’s files, including those on Stormy Daniels, are being looked at as part of a criminal investigation, there’s no way he would want to go on the record and discuss that situation any more than he has to,” he said.

“Even if Cohen believes he’s innocent, nothing good can come out of him talking about Stormy Daniels or his role in her agreement while this investigation is taking place,” he added.