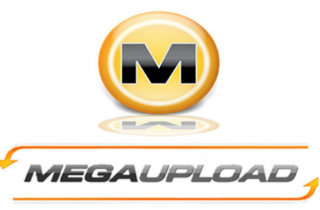 Remember Megaupload? The most popular of the “file locker” websites in its heyday, it was shut down in 2011 as part of a raid coordinated by the U.S. Department of Justice and various agencies abroad, including the New Zealand Police and Hong Kong Customs. There were a few specific things that made Megaupload more of a target than its rivals. Of course, being the most popular locker site drew attention, but what they did differently was pay uploaders of popular files. In addition, their takedown system for illicit files, which did a great job at removing child pornography, was not engineered to do the same with pirated copyrighted content. Kim Dotcom, the site’s founder, has been avoiding extradition from New Zealand ever since, all while trying in vain to get back $67 million that the United States seized.

On Friday, in a 61 page opinion, a federal appellate court ruled against Dotcom’s latest attempt to reclaim that chunk of his fortune. The United States government officially got control of Dotcom’s funds in March of 2015, when they won a default judgment (PDF) against Dotcom, and he appealed the following July. Dotcom argued that the court had no jurisdiction to seize his assets, but the court disagreed, further finding that as a fugitive from U.S. criminal charges, he could not reclaim his funds. Dotcom took to Twitter on Saturday to share his thoughts on the ruling:

I'm a 'fugitive' coz I use my treaty rights to defend against extradition & they take my assets without trial? 1938? https://t.co/C4JPgn1POj

He also made a point of lashing out at one of the judges who ruled against him, Liam O’Grady:

Because Judge O'Grady was a partner at Disney's favorite law firm. It's now paying off for the US copyright elite. https://t.co/gnVVAH78uQ

DOJ picked wisely. The son of my US Judge was never charged for setting family home 'intentionally' on fire? #favors https://t.co/Tk4RmRdoxa

The linked article does indeed report that no charges were filed relating to a fire at the O’Grady residence where the judge’s teenage son was the only person home. He escaped unharmed. Of course, that has nothing to do with the case at hand.