Like ‘Lord of the Flies’: Music Festival Results in $100 Million Fraud Lawsuit 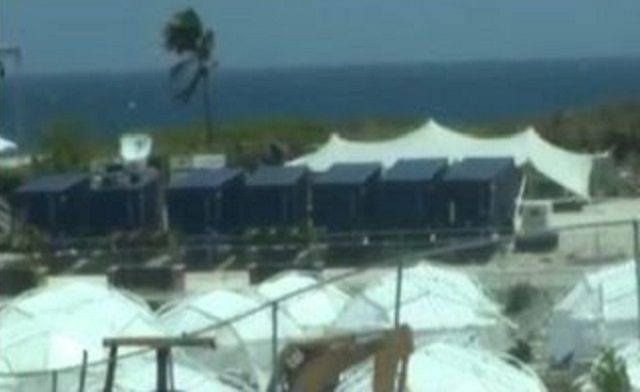 The much-maligned Fyre Festival has gotten its share of bad press, but now the backlash has reached federal court. In a class action complaint filed Sunday in California, an attendee at the music festival is suing founders Ja Rule and Billy McFarland for what is described as a “get-rich-quick scam” that resulted in “a dangerous and panicked situation.”

Fyre Festival was billed as a weekend-long music festival on a private island in the Bahamas to run from April 27-30, but the lawsuit alleges it was “closer to ‘The Hunger Games’ or ‘Lord of the Flies’ than Coachella.” Food was allegedly insufficient, and lodging conditions are described as “FEMA tents” that were vulnerable to wind and rain that struck the island. The accommodations had been allegedly advertised as “first-class culinary experiences and a luxury atmosphere.” It wasn’t even a private island, the lawsuit says, as there was a resort down the street from the concert venue. The price tag for the experience? According to the complaint, ticket packages ranged from $1,200 to $100,000.

Taking things from bad to worse, the complaint says, was that concert-goers were told not to bring cash, and that they could load wristbands with currency that could be used at the festival. Customer were also allegedly relying on the festival for transportation. As a result, people couldn’t use public transportation or taxis, leaving them stuck at the venue. The lawsuit alleges that at least one person lost consciousness during a “medical emergency” while they were locked in a building, and others had to be airlifted off the island.

The complaint alleges that Ja Rule (real name Jeffrey Atkins) and McFarland knew that they were unprepared for the event and that they “were knowingly lying about the festival’s accommodations and safety, and continued to promote the event and sell ticket packages.” They allegedly told celebrities and artists not to come to the festival because they knew it could be dangerous. They finally cancelled Fyre Festival the morning of the day it was supposed to start, with thousands of people already there, “stranded, without food, water, or shelter.”

A letter on the festival’s website apologized for what happened, acknowledging that McFarland and Ja Rule “simply weren’t ready” for what happened over the weekend, and acknowledged that in addition to overwhelmingly large crowds, wind knocked down half of the tents that had been set up. “This is an unacceptable guest experience and the Fyre team takes full responsibility for the issues that occurred,” the letter said. The festival organizers promise refunds to those who went, as well as VIP passes for next year’s festival, which McFarland says will take place in the U.S.

The complaint, however, says that this isn’t enough to compensate attendees for what they went through. The lawsuit is asking for more than $100 million for a class of more than 150 Fyre Festival attendees and ticket buyers. The lead plaintiff is Daniel Jung, who allegedly spent about $2,ooo for airfare and a ticket package.

Ja Rule took to Twitter on Sunday to apologize for the event.

Relieved to share that all guest are safe, and have been sent the form to apply for a refund. Our deepest apologies… #fyrefestival

McFarland admitted to ABC News that the venture failed. “We took a big jump here, and a big risk,” he said. “We had this mega-thing on our hands and we never thought it would take the life that it did.”