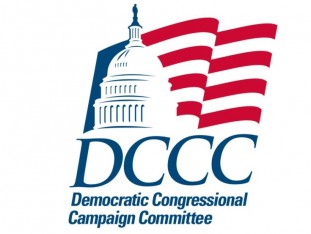 The infamous “hacker” known as Guccifer 2.0 dumped additional documents on his blog recently, which he claims were lifted from the personal computer of House Democratic Leader Nancy Pelosi.  This is the second time this month Guccifer 2.0 has posted material believed to be taken from Pelosi’s computer.  Included in the most recent dump is a November 2015 confidential memorandum to Democratic National Campaign Committee (DCCC) staff with the subject line, “RE: Black Lives Matter Movement (Internal Use Only).” The document was authored by a DCCC staffer named Tyler Perry, who reportedly subsequently left the DCCC after authoring the memo and now works with the Hillary Clinton campaign.  The document provides fascinating insight into how the DCCC planned to “partner” with the Black Lives Matter (BLM) movement with a “lead from behind” strategy.

“Presidential candidates have struggled to respond to tactics of the Black Lives Matter movement,” Tyler wrote in the memo.  He then goes on to warn “House candidates, candidates and campaign staff” should prepare themselves so they are not also caught flatfooted, offering a “best practices” guide.

“This document should not be emailed or handed to anyone outside of the building,” Tyler warns, adding these “best practices” are to be explained by staffers during in-person meetings via phone calls.  Obviously, the DCCC never wanted this to see the lights of day.

The memo begins with a brief background of the movement, with Tyler writing “[a]n end to police brutality, the killings of unarmed African Americans (the impetus of the movement being the acquittal of George Zimmerman).”

Given the focus of BLM on police officers, Perry writing that the acquittal of George Zimmerman (a citizen, not a police officer) serving as the springboard for the movement is somewhat surprising.

That aside, what really gets interesting is some of the “tactics” suggested in the memo.

For example, it is suggested that a “limited” number of BLM attendees are to be invited to local campaign events.  Staffers are instructed to “listen to their concerns” but admonished to not “offer support for concrete policy positions.”  Yet, one bullet point later (after suggesting limiting BLM participation), the memo states, “It is important to let activists know the campaign wants to engage in an open dialogue.”

Then comes the key strategy suggestion:  “Be a Partner & Lead From Behind.”

Perry writes, “BLM needs partners to achieve their agenda and they want to be a part of the conversation.”  But he then warns, “BLM activists don’t want their movement co-opted by the Democrat Party,” suggesting they are cynical about “politicians who hijack their message to win campaigns.”

This is followed by another specific warning  to not say ‘all lives matter’ nor mention ‘black on black crime.’” According to Perry, “This is the worst response.”  Then adding, “These are all viewed as red herring attacks” that “will garner additional media scrutiny and only anger BLM activists.”

The memo concludes with Perry’s advice on what to say to the media and critics when discussing BLM. The number one suggestion is to reference how “ many communities in America feel unfairly targeted by police and it’s an issue that requires addressing.”  It is then suggests that the Department of Justice report on the Ferguson Police Department should be used as evidence to support the assertion.