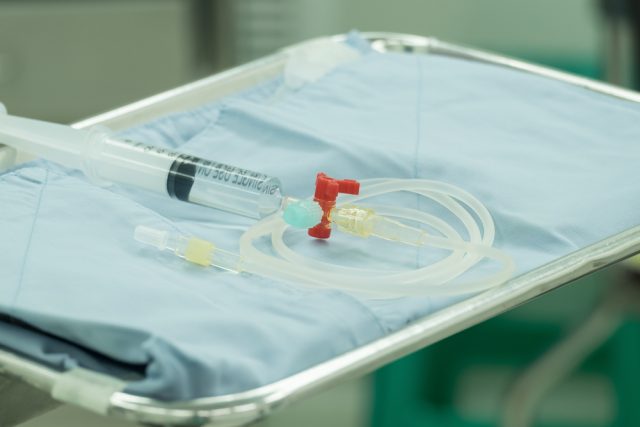 The State of Arkansas has drawn attention for their plan to execute eight inmates in the span of less than two weeks. Courts put stays on half of the executions, but that still left four people who ended up being executed, all in an eight-day period. The last of the four experienced difficulty during the process, and now his legal team wants an investigation.

Thursday night, Kenneth Williams was the fourth Arkansas inmate to be put to death, including two inmates who were part of the first double execution in the U.S. since 2000. Arkansas wanted to get through the executions before one of the drugs involved in the process, midazolam, reached its expiration date on Sunday. Midazolam, a sedative, has been said to be related to botched executions in the past, so after Williams experienced convulsions three minutes into the execution, his attorneys spoke out, Fox News reported.

An Associated Press reported said that Williams’ body quickly jerked 15 times, then slowly moved another five times. Williams’ lawyers called witnesses’ stories of what happened “horrifying,” and called for an investigation of the execution.

A spokesman for Governor Asa Hutchinson who was not present for the execution said that Williams experienced “an involuntary muscular reaction,” which he acknowledged was a known side effect of midazolam. The spokesman said that Gov. Hutchinson believed the Department of Corrections “did what it was supposed to do.”

Rita Sklar, executive director of the ACLU of Arkansas, didn’t see it that way. “Midazolam’s well-documented risks and role in numerous botched executions should have given Governor Asa Hutchinson pause,” Sklar said. “Instead, he ignored the dangers and undermined our state’s moral standing – all to beat the expiration date on a failed drug.”

State Sen. Trent Garner witnessed the execution. He said in a tweet on Friday that nothing went wrong and that he Williams did not appear to suffer.

I witnessed the #ARexecutions ; the inmate did not suffer or seem in pain. His face was calm. It was not cruel, unusual, botched or torture.