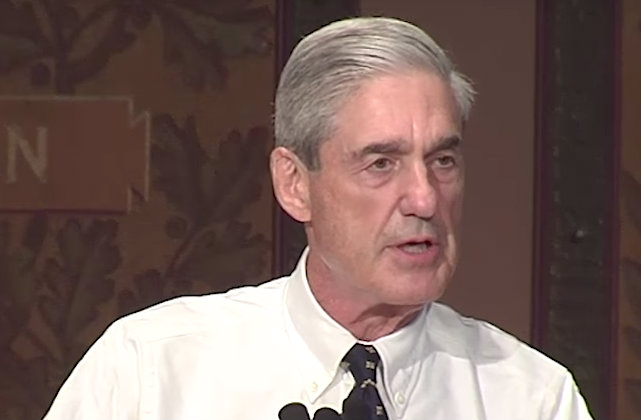 It is common knowledge that President Donald Trump isn’t happy with the Russia investigation. At all. Trump has now referred to the special counsel investigation as a “witch hunt” at least a dozen times on Twitter. Even after his nominee for FBI Director Christopher Wray declared on Wednesday that he did not see it as a witch hunt, Trump spokesperson Sarah Huckabee Sanders stood by the President’s characterization. So what happened to the last guy who led the black hat and broom hunt into now confirmed Russian meddling in our election? Well that is, of course, the guy who Wray has been selected to replace. He was shown the front door.

Lets be clear, it was extraordinary for the President to fire the FBI director. In fact, James Comey was only the second-ever to be fired in U.S. history. The President undoubtedly had the authority to do it but despite coming under fire during the 2016 election, Comey was long viewed as a fixture, a sometimes controversial but even-handed, non-partisan and eminently qualified director who would never get fired.  Especially because of the ongoing Russia investigation. Except that is exactly what happened, and why it happened. The President admitted as much.

Since then the “witch hunt” investigation into the Trump campaign and alleged collusion with the Kremlin has taken a decidedly more perilous and personal turn for the President. And that’s exactly why we think it won’t be longer than 100 days before Trump pulls the trigger and “Comey” Mueller (no he can’t technically fire him but he can certainly order it and make it happen). After all, as the campaign and his first few months in office prove, Trump puts his family above anything else. As information continues to seep out about the work that Mueller is doing and the subpoenas start coming, we believe the President will be increasingly frustrated and the administration will undoubtedly continue to seek to undermine Mueller’s credibility. And lets be clear, by any objective standard Mueller is an unassailable, apolitical public servant.

Now, many are saying there is no way the administration would risk the fallout from having Mueller fired. Nixon’s “Saturday Night Massacre” regularly invoked. But really? It seems no matter what this President does — no matter how out of the ordinary or mainstream — that his most ardent supporters in the public and the media continue to defend him. Most important is that now that many are questioning whether his son Donald Trump Jr. committed, at the least, an election law crime when he took a meeting with someone who he thought was working for the Russian government. And, as investigators are now reportedly probing Jared Kushner‘s role in potentially helping to direct a Russian operation targeting voters with fake news about candidate Hillary Clinton, and as the specter of obstruction of justice in connection with firing Comey hangs over the President and his administration, we believe it now more likely than not that Trump will decide that Mueller must go.

Yes there would be major fallout both practically and politically but his fervent supporters would applaud the decision. We predict some lower level justice department official would get promoted (after Deputy Attorney General Rod Rosenstein quits or is fired) and take responsibility for the decision. Among the reasons they will likely cite:

– Mueller’s friendship with Comey (the ultimate in disingenuous circular reasoning)

– The cost of the investigation

– The need to focus on “more important” issues

This is not to say that Trump or anyone in his administration is guilty of any crime. That is for the Special Counsel to decide, unless of course, President Trump decides that it is not. And we predict that within 100 days that he will do just that. The clock starts now.