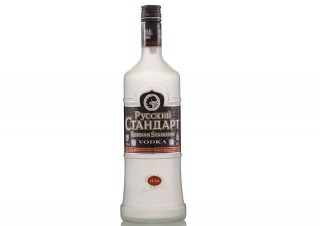 After a U.S. intelligence report alleged that the Russian government was behind computer hacks meant to effect November’s Presidential election, one state lawmaker decided an appropriate way to retaliate was to hit Russia in their distilleries.

New Hampshire State Senator Jeff Woodburn proposed a bill on Monday that would pull back on the state’s business with Russia, specifically saying that liquor stores should stop selling Russian vodka. Sen. Woodburn said in a statement to LawNewz.com:

The uncontested conclusion by the US intelligence community of Russian interference in our elections requires a response at the local, state, and federal level. I do not question the legitimacy of our recent presidential election or the new president.  But given the facts –and confirmed interference in our elections, New Hampshire shouldn’t just continue a ‘business as usual’ relationship with Russia. As filed, this legislation allows us to look at how our state can best respond to this unprecedented attack on our democracy and how any response will affect our state.

If passed, the bill wouldn’t affect vodka sales right away, as it only calls for a committee to be formed in order to study possible actions to take, and then give recommendations by November 1. A vodka ban also wouldn’t have such a huge impact either, as the vast majority of the 198 vodka brands sold in New Hampshire are not from Russia, according to the Concord Monitor. And one person’s concern about a popular Russian-sounding brand no longer being available led to Woodburn tweeting a clarification that only vodkas produced in Russia count.

Stoli is not made in Russia. https://t.co/M8MEEI4g4s

Of course, if your brand of choice is Russian Standard, you might want to drink up now, while you still can.

Note: This article has been updated with Senator Woodburn’s statement.