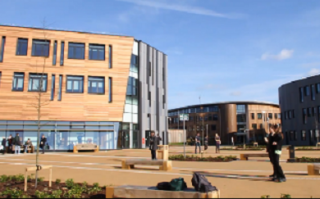 A law student reached a settlement with his university’s student union after suffering years of anti-Semitic abuse on campus and through social media, The Telegraph reported. Zachary Confino, who studied at the UK’s University of York, claimed that fellow students subjected him to a barrage of hate speech regarding his Judaism.

The university said they acted as a mediator between Confino and the school’s Students’ Union, who agreed to issue a public apology and give Confino one thousand pounds in what the school called a “token payment.” A spokesman for the university said in a statement, “The university is committed to preserving the right to freedom of expression while also combating antisemitism, Islamophobia and any other form of race hate. ”

According to The Guardian, Confino didn’t face any problems during his first year at the school, but between his second and third years, there were 20 incidents involving hate speech. Confino was called a “Jewish prick” and other slurs, and an anonymous social media post said that Hitler was “on to something.”

Confino told the The Guardian that the abuse came from students on the far left of the political spectrum. “The far left say racism is a black/white issue. They seem to think Jews are fair game.”

A statement from the office of the British Chief Rabbi Ephraim Mirvis said, “there must be absolutely no place for antisemitism on our campuses,” and that this case should send a message to other schools like Oxford and Cambridge.

Rowan Williams, the former Archbishop of Canterbury and current master of Magdalene College Cambridge wrote to Confino, saying that anti-Semitism is “one of the most ancient and poisonous” types of hate speech. “It is truly appalling stuff but sadly seems not to be that unusual at the moment,” Williams said.