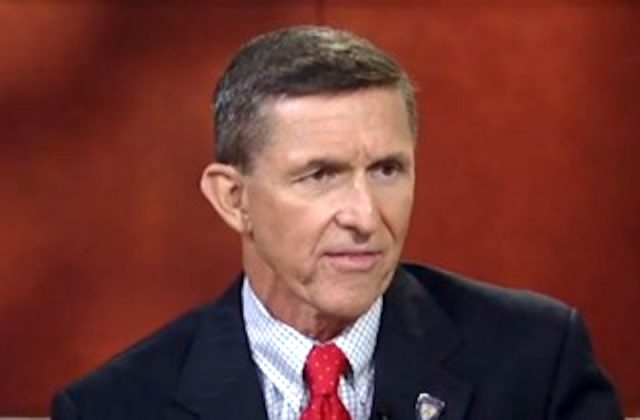 On Monday, attorneys for former National Security Adviser Michael Flynn notified the Senate Select Committee on Intelligence that unless he gets immunity, Flynn will “respectfully decline” to abide by the subpoena the Committee issued that demanded Flynn speak to them and turn over documents related to his meetings and communications with Russia and the Trump campaign. Flynn’s lawyers argued that the Fifth Amendment protects him from having to turn over any documents, because doing so would confirm that those particular documents exist in the first place, which would be the same as testifying. It seems like a decent argument, but George Washington University Law Professor Jonathan Turley isn’t necessarily convinced.

In a blog post Tuesday morning, Turley addressed the legal issue at the center of Flynn’s argument, which cited the Supreme Court’s 2000 decision in United States v. Hubbell. The Court said there that the Fifth Amendment extended to document production if the documents were “testimonial” in nature or if the production itself communicated the facts that the documents “existed, were in his possession or control, and were authentic.” This standard applies, Flynn’s lawyers said, when Congress doesn’t have prior knowledge of the documents. Despite this, Turley wrote, “The case law is not a clear cut as commentators have suggested on the ‘act of production doctrine.'”

Turley points out that by moving to hold Flynn in contempt of Congress for failing to obey the subpoena, the Senate could challenge his reliance on Hubbell for his Fifth Amendment claim. Turley says the Senate would likely argue that Flynn’s situation is more like the one in Fisher v. United States, where the IRS was able to compel people to turn over documents that they knew to be in existence. Even though the documents may have been incriminating, the Supreme Court ruled that because “the existence and location of the papers are a foregone conclusion,” the act of producing them wasn’t testimonial.

Indeed, Flynn’s lawyers acknowledged the Fisher case, but they argue that their position is closer to Hubbell, claiming that the Senate doesn’t know what kind of documents they might find, and are simply going on a fishing expedition. The Senate could say that because they know that Flynn had contact with Russia and was connected to Trump, the existence of documents related to this are a “foregone conclusion.”

Of course, even if the Senate could win this legal battle, it doesn’t seem like Flynn would be testifying any time soon. As Turley acknowledged to LawNewz.com, contempt proceedings take time. “The issue would have to go to the Justice Department, which would be faced with the complication of the recusal of Attorney General Jeff Sessions and the appointment of a Special Counsel,” the professor said. Still, he maintains that it would be worth the wait. “Congress has an institutional interest in pushing back on such invocations if it does not view the production as testimonial.”