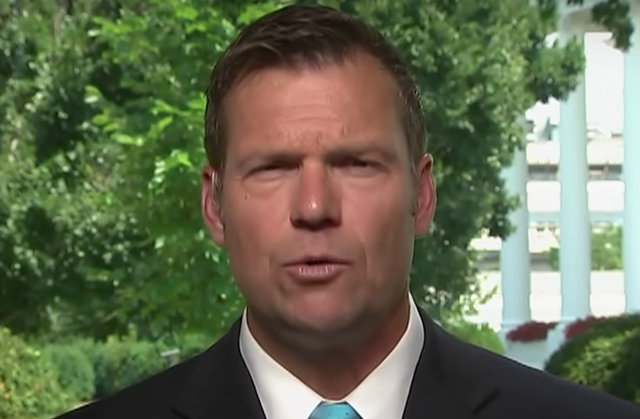 Kansas Secretary of State Kris Kobach said the president’s voter fraud commission will likely meet again in January after being slowed down by multiple lawsuits.

“I’m not aware of any presidential commission that has encountered so much litigation from special interest groups,” he said this week, according to The Topeka Capital-Journal. Kobach, vice chair of the Presidential Advisory Commission on Election Integrity, blames eight lawsuits which occupied the time of his small team.

Addressing voter fraud allegations has been President Donald Trump‘s pet project for some time. During the presidential transition, he claimed millions cast illegal ballots in the 2016 election, when he won the electoral college but lost the popular vote. His claim was divisive, to say the least, and so far he hasn’t supplied concrete evidence.

The push for more stringent laws (eg. voting IDs) is a politically charged issue. Republicans, such as Kobach, say they’re just trying to combat against fraud, while Democrats claim the GOP is trying to suppress voters more likely to vote blue by adding unnecessary burdens in the registration process. Voter ID laws haven’t had the best of luck in court, and in some cases, were struck down for discriminating against black people.

When Trump formed the commission in May, it was probably inevitable that this would invite some litigation. Lawsuits have come from such plaintiffs as the American Civil Liberties Union, and even one of the commission’s own members. Maine Secretary of State Matthew Dunlap, one of four Democrats in the 11-person group, sued because he was allegedly kept in the dark about its work.