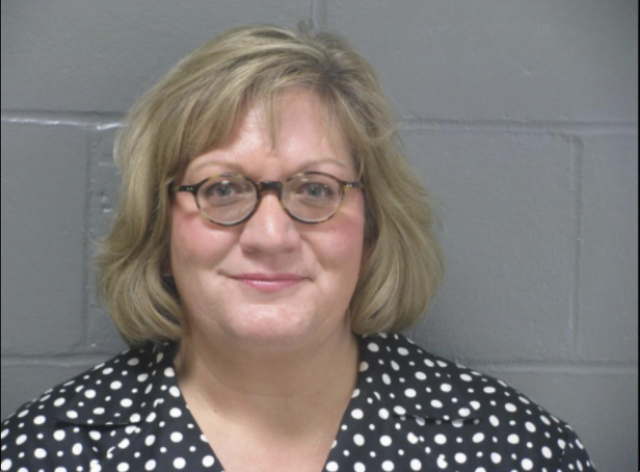 One of the strangest double murder trials in the history of Missouri (and maybe the United States) is set to begin with jury selection today in Laclede County, MO.

Susan Elizabeth “Liz” Van Note was a fairly well-known lawyer in the Kansas City, Missouri metro area, and it came as a total shock when she was first charged with the murder of her father, a succesful business man in 2010. What makes the case particularly interesting from a legal perspective is she was first charged with murder based on the fact that police say she forged her father’s signature on a do not resustate order (DNR) to have him taken off life support at a hospital near the University of Missouri, in Boone County.  Van Note’a father and his girlfriend, Sharon Dickson were both shot by someone in the father’s home in mid-Missouri.  Dickson died on the scene, but the elder Van Note was taken by life-flight to a hospital and died after being removed from life support four days later.  He did manage to call police to his home after being shot in the head.

As the years went by, things took another shocking turn when prosecutors alleged Van Note was the actual shooter inside the home that October 2010 evening and her motive to kill both was money.

Prosecutors say Van Note, an experienced probate and estate law attorney, obtained a copy of her father’s most recent will weeks before the shooting and discovered she was only the executor and Dickson was now the primary beneficiary – meaning the girlfriend would be getting the bulk of Mr. Van Note’s considerable fortune.

The case was initially set for trial in January 2o15, but mistrial was declared due to jury misconduct.  There were several more twists on way, including a major dispute over whether cellphone tracking technology employed by investigators to build a case against Van Note were constitutional.  The case was finally moved to Laclede County, Missouri where it will now begin this week before Judge Kenneth Hayden.

In the late summer and fall of 2015, Hayden held an hearing on Van Note’s motions to supress the cell phone data, which is a key part of the prosecution’s case.  The cell phone data, according to prosecutors, put Van Note’s phone in the vicinity of her father’s home because it “pinged” at a tower at least 7 miles away on the night of the alleged murders.

Court filings obtained by local media outlets, including the Kansas City Star,  show the fight over the cellphone data centered on the fact that Van Note’s lawyers’ argued the subpoenas used to obtain the date violate her Fourth Amendment Rights against illegal search and seizure and her Missouri constitutional rights.  The prosecution, meanwhile, argued the evidence was key because it shows call length, time of call, phone numbers dialed and cell tower location when the calls.  Furthermore, they say the cellphone records contain information about SMS text messages and potential internet data searches, as well as the time and location information and whether a voicemail was left by the phone user.

Judge Hayden eventually handed down his rulings on the cell phone data motion and found that no material was actually “seized” and therefore Van Note’s argument failed.

This decision may prove to be a major blow to the defense, but Susan Van Note, Liz’s mother, swore to investigators that her daughter was near Kansas City, MO, with her, approximately 2 and a half hours away from the site of the shootings on the night in question.

Jury selection is expected begin today and LawNewz will provide updates on the case throughout the week as more information becomes available.