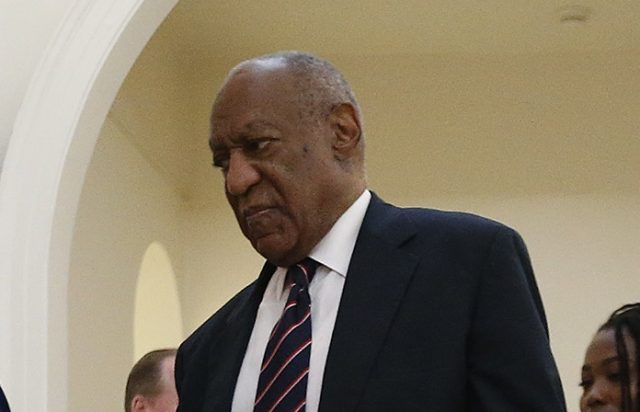 The juror, who spoke on condition of anonymity, said 10 of the 12 jurors agreed that Cosby was guilty on the first and third felony counts. And only one of the jurors thought he was guilty on the second count.

The two holdouts were “not moving, no matter what,” the juror told the network.

Andrea Constand testified that Cosby drugged and molested her at his suburban Philadelphia home in 2004. Cosby said the encounter with the former director of women’s basketball operations at his alma mater, Temple University, was consensual.

ABC published the interview with the juror Wednesday after Judge Steven O’Neill ordered the public release of the jurors’ names, granting a request by a dozen media organizations, including The Associated Press and the major TV networks.

O’Neill warned jurors not to divulge what fellow jurors said during deliberations.

The Associated Press tried contacting jurors for comment Wednesday but was not immediately able to reach any of them.

The juror who spoke to ABC said emotions were high as deliberations wore on in a cramped back room.

The jury was selected from the Pittsburgh area and spent two weeks sequestered 300 miles (482 kilometers) from home.

According to the juror who spoke to ABC, the majority of jurors wanted to convict Cosby on counts alleging he lacked consent when he penetrated Constand’s genitals with his fingers and that he gave her an intoxicant that substantially impaired her and stopped her from resisting.

The juror said all but one juror wanted to acquit Cosby on the other count, alleging Constand was unconscious or semi-conscious at the time and could not give consent.

The jury reported a deadlock after about 30 hours of deliberations over four days, but kept trying after O’Neill read what’s known as a “dynamite” charge. The juror who spoke to ABC News said the extra time did not change anyone’s mind.

O’Neill declared a mistrial on Saturday.

District Attorney Kevin Steele already has said that he will retry Cosby, and O’Neill said he wants that to happen within four months.