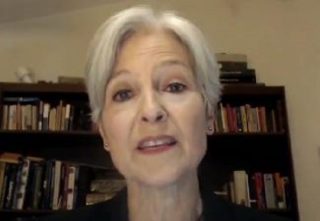 Green Party Presidential candidate Jill Stein has been pushing hard for election recounts in several states. Wisconsin agreed, but then Stein demanded that the recount be done by hand, claiming that a manual recount would be more accurate than one done by machine. When the state Elections Commission rejected her, Stein sued, and was joined by Hillary Clinton in the legal effort. After a four-hour hearing on Tuesday evening, however, the court ruled against her.

The state argued that there was no reason to order the entire state to recount the votes by hand, saying there was no evidence that it would be more accurate. Judge Valerie Bailey-Rihn agreed, after Stein’s own experts were unable to show that the computer systems had been attacked.

Despite her legal decision, the judge actually agreed with Stein that a hand recount was a good idea, but despite her belief, could not find appropriate justification. “I follow the law. That’s who I am despite my personal opinions,” Judge Bailey-Rihn said. “It’s (the counties’) decision. It’s their discretion. I may disagree with it … but I must follow the law.”

With this decision, the method of how the recount will be conducted will be left to each individual county. Reportedly, all but 19 counties plan to do hand recounts anyway, giving more support to the argument that a statewide order would be ineffective.