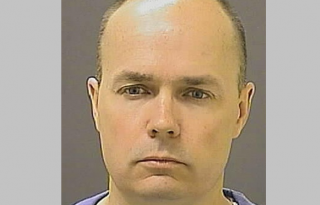 During a pre-trial hearing Tuesday morning in the case of Lieutenant Brian Rice, one of the six officers arrested in connection to the death of Freddie Gray, Judge Barry Williams ruled that prosecutors violated rules of discovery. According to Mike Hellgren from Baltimore’s WJZ, Judge Williams said that prosecutors did not give defense attorneys enough time to review 4,000 pages of documents related to Rice’s training, so the documents will not be allowed as evidence during the trial.

Prosecutors argued that they didn’t get the documents themselves until June 28, and then immediately turned them over, but Judge Williams wasn’t swayed by that excuse. The judge chided prosecutors for not following the rules.

Judge to prosecutors: The reality is your office didn’t do what you’re supposed to do #RiceTrial #FreddieGray @cbsbaltimore

The case will be heard during a bench trial, meaning that Judge Williams will decide the case instead of a jury. Rice picked this option, just as his colleagues, Officers Edward Nero and Caesar Goodson Jr., did. Judge Williams found both Nero and Goodson not guilty. Rice’s trial is scheduled to begin on Thursday.