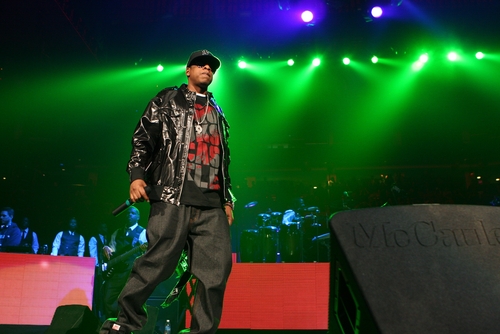 Jay-Z and his controversial High Fidelity music streaming service, Tidal, are reportedly facing a $5 Million lawsuit for failing to pay artist royalty fees. The service, which the Brooklyn-born rapper touted as paying the highest royalty payouts to artists, is now being accused of paying nothing at all.

The class action lawsuit, filed in the U.S. District Court for the Eastern District of New York, alleges “systematic infringement… of copyrighted musical Compositions” and “material breach of the calculation of the compulsory royalty rates owed to Plaintiffs.” The suit, brought by Yesh Music, LLC and John Emanuele​ from the band, the American Dollar, accuses the “celebrity stockholder” based service of disorganization and deliberate miscalculation.

Richard Garbarini, a Partner at Garbarini Fitzgerald P.C., confirmed to Complex that the lawsuit was in fact filed and that American Dollar has requested their music be removed from Tidal on several occasions. “I find it fairly amazing an organization that claims it was going to pay the artists, systematically does not pay the artists,” Garbarini said. Tidal has not yet removed the band’s music from its service.

Tidal saw an increase in subscribers after the service exclusively released Kanye West’s new album, The Life of Pablo.