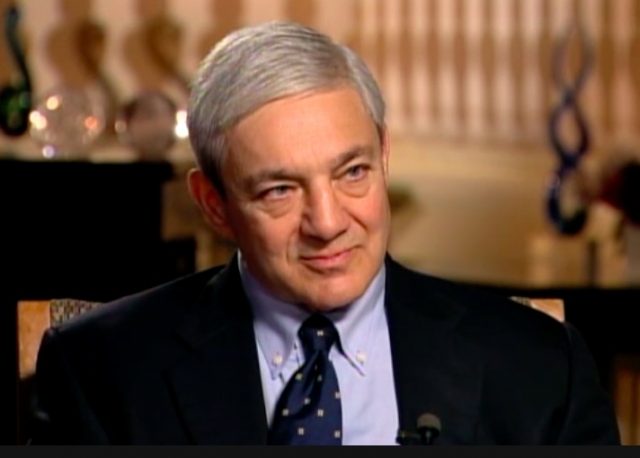 Over five years after the story exploded and became the most controversial scandal in the history of college sports, former Penn State University President Graham Spanier was finally acquitted today of the “conspiracy” charge against him, but convicted on only one of two charges of “endangering the welfare of a child.” He was found guilty of something for which there is no evidence nor logic indicating that he committed a crime and, most amazingly, it happened without his lawyers even putting on a case.

Despite having no connection to Penn State, I have investigated the entire “Jerry Sandusky Scandal” on almost a full-time basis, for no money, for most of the past five years. I have spoken to Spanier for many hours and dealt with him extensively. I also attended his trial and I am 100% positive that he never had any idea that Sandusky might have been a pedophile, and that he acted almost exactly as he should have throughout the entire situation.

So, how could something like this have happened in our judicial system? The real story is far too involved to tell in just one short story, but here is essence of it.

From the very beginning, Spanier and Penn State got caught up in a media firestorm they didn’t see coming because they all honestly thought that Jerry Sandusky was innocent and that, even if he wasn’t (at least in a remotely rational world), they knew they had no culpability for the crimes of a former employee. So when in November of 2011 it was leaked that Penn State assistant coach Mike McQueary had supposedly testified to a grand jury that about a decade before (he got the date, month, and year of the episode wrong) he had witnessed Sandusky “raping” a boy, they were completely stunned and unprepared for the media-created terror which would ensue.

Spanier’s first instincts, which were correct, were to strongly back the two highly-respected long-time Penn State administrators, Tim Curley and Gary Schultz, who were being charged with a series of serious crimes related to covering up for Sandusky (I and many others close to the case are now completely convinced that the state’s primary objective in charging them was actually to destroy two of Sandusky’s strongest witnesses). He released a statement doing so before the news media suddenly decided, thanks to the tangential involvement of legendary head football coach Joe Paterno, that this story was now the most outrageous thing that has ever happened in the history of Pennsylvania.

The statement, which was perfect given the information he had at the time, backfired on him because it was somehow seen as not being accepting enough, before anyone in the case had even spoken publicly, that all of those being implicated, including Sandusky, were clearly guilty. In short, Spanier, an esteemed and very liberal university president, had committed a violation of “political correctness.”

You see, when a witch hunt is underway, you aren’t allowed to defend yourself or anyone else who might be even remotely involved. You must accept the popular narrative as true and then beg for forgiveness, even if what is being alleged is totally false and without evidence or logic.

In a pure panic, the Penn State board, guided by then-Governor Tom Corbett (who had a major feud with Spanier over education funding the previous spring), fired Joe Paterno and forced Spanier to resign. That was then seen, effectively, as a guilty plea on behalf of the entire school and it provoked a firestorm of injustice which seemingly will never stop.

Paterno almost immediately died and Sandusky, without a single continuance or a shred of hard evidence, was convicted just seven months after his arrest. The firings created a huge backlash in the Penn State community and forced the board to justify what they did. That led to them paying Louis Freeh many millions of dollars for the “Freeh Report” to conclude that there was a cover-up. This then incited the NCAA to act with record speed to institute sanctions (which will later be revoked), thus further setting in stone the completely false narrative of a cover up. This then gave the Attorney General’s office the leverage to charge Spanier himself, thus also shutting up a strong voice for what really happened here.

Meanwhile, Penn State, eager to show the world and news media how much they “get it,” spent about $100 million dollars in tax-payer money in totally un-vetted settlements for Sandusky’s accusers. This even further established the false narrative, especially when overtly absurd stories were selectively leaked to an easily duped news media all too eager to substantiate their original rush to judgement in this case.

At each point in this battle, those on the other side who were morally certain that they and those they support had done nothing wrong kept thinking that they could cede each piece of land because it wasn’t the proper hill to “die” on. They kept having faith that as time passed and the extreme emotion this case had triggered finally died down, that the system would work. Surely, they believed, if a fair jury ever heard this case that the truth would come out and justice would finally be done.

What they miscalculated was that which each retreat their position got weaker and the public became both convinced of total guilt and stopped being open-minded, or even caring about it. There was no greater proof of this than the completely nonsensical verdict in Mike McQueary’s civil suit, which showed just how incredibly polluted the jury pool in Pennsylvania is on this case.

Knowing this is what they faced, last week Curley and Schultz took a plea bargain which gave them a misdemeanor conviction for endangering the welfare of a child. In a remotely normal case, they would get zero prison time and this would be seen as a near total repudiation of the state’s original and laughably overcharged case against them. Instead, the media dutifully did the state’s bidding by ludicrously portraying this development as an admission of a cover up (anyone who objectively saw their testimony this week would realize this interpretation is beyond preposterous).

At that point, Spanier, who rejected the same plea deal, was basically boxed in. Only a very aggressive defense which sought to blow up the many misperceptions about this case could have saved him from at least a minor conviction. Instead, the defense (directly against my many urgings/warnings) decided to curl up into the fetal position and rely solely on the reality that, according to the law, the state didn’t come close to proving their case.

Not only did they not even attempt to confront several prosecution witnesses (out fear of being politically incorrect again) who could have been very easily discredited, they literally didn’t even put on a defense. Former NCIS and FIS special agent John Snedden (whose report for the federal government led to Spanier’s top secret security clearance being renewed after the scandal broke, which I released exclusively here last week) traveled many hours to be the defense’s star witness, as was promised to the jury, but at the very last moment the defense, in an act of extreme naiveté, decided to rest without calling any witnesses.

At that moment I knew that the jury that I had seen, which surely had been brainwashed by almost six years of unfair media coverage, was never going to be able to navigate through the fog of emotion on which the prosecution completely relied and thus be able to see that there was no case here on the facts or the law (or that a conviction of any kind here sets an incredibly dangerous precedent for educators everywhere).

I doubt there has never been a case which more clearly echoed Ben Franklin’s famous quote “We must, indeed, all hang together or, most assuredly, we shall all hang separately” than this one. We now have four previously esteemed men who have been unfairly hanged (without even putting up a decent fight in court) all of whom know they are innocent and believe that all the others are as well.

The real story here is the most amazing thing I have ever seen. Sadly, I doubt it will ever be properly told.