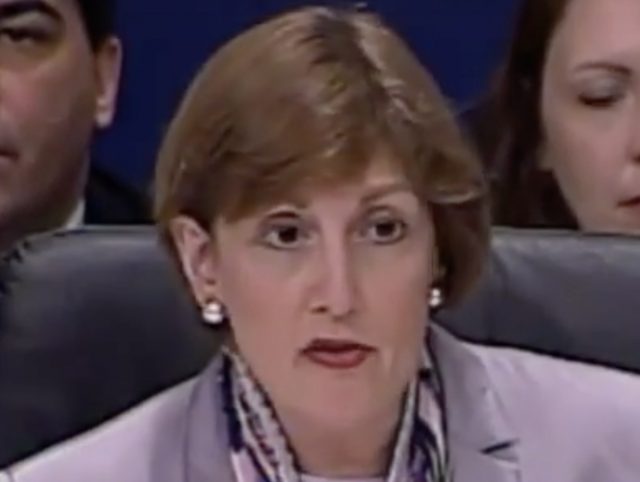 Ivanka Trump and Jared Kushner likely knew they would need a lot of legal help to navigate the various legal and ethical landmines as top advisors to the President of the United States.  The fact that Mr. Kushner was Donald Trump‘s son-in-law presented a whole new set of potential issues, not seen in quite some time.  Therefore, the Trump-Kushners hired a well known D.C. attorney who was reportedly on the short list to be Hillary Clinton’s Attorney General — Jamie Gorelick.  However, any relationship with the Trumps is apparently a quick way to find one’s self persona-non-grata, especially in Democratic circles.

According to the American Bar Association Journal, Gorelick, a partner at the WilmerHale firm, took on the task when the Trumps came calling because she does not “pass [her] clients through a 100 percent values-alignment litmus test. If people want to come to me and get good, principled, ethical advice, and they want to follow it, then I will take them on as a client.”

So, taking on the Trump-Kushners was evidentially no big deal deal to Gorelick.  In fact, she said that she believes her representation of clients from all political parties is part of what being a great lawyer is all about, especially in Washington, D.C.

Norm Eisen, an Obama White House lawyer, reportedly said he agreed that Gorelick’s representation of the Trumps was ultimately a good thing for the profession, which requires lawyers “to represent [their] clients zealously.”

However, that outlook and belief is apparently not as widespread as one might hope, and is seemingly why Gorelick said she was quite surprised by the “vitriol” and hostility from some Democrats and anti-Trump types who evidentially cannot see any good reason for her to be involved with the husband and wife couple.

Nonetheless, she still continues to defend her decision to represent the couple and refuses to back down, because she believes that is what good lawyers do.