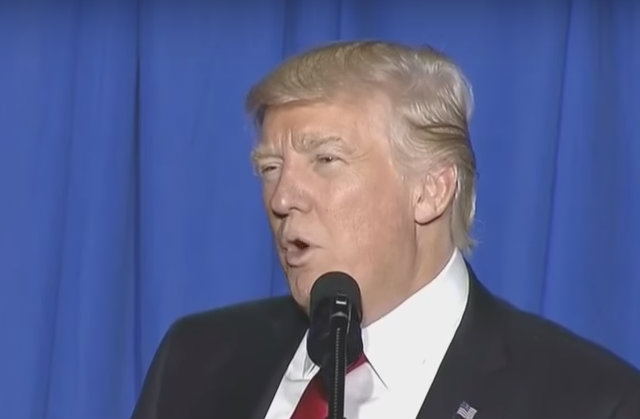 WASHINGTON (AP) — Supreme Court decisions in a half-dozen cases dealing with immigration over the next two months could reveal how the justices might evaluate Trump administration actions on immigration, especially stepped up deportations.

Some of those cases could be decided as early as Monday, when the court is meeting to issue opinions in cases that were argued over the past six months.

The outcomes could indicate whether the justices are retreating from long-standing decisions that give the president and Congress great discretion in dealing with immigration, and what role administration policies, including the proposed ban on visits to the United States by residents of six majority Muslim countries, may play.

President Donald Trump has pledged to increase deportations, particularly of people who have been convicted of crimes. But Supreme Court rulings in favor of the immigrants in the pending cases “could make his plans more difficult to realize,” said Christopher Hajec, director of litigation for the Immigration Reform Litigation Institute. The group generally supports the new administration’s immigration actions, including the travel ban.

For about a century, the court has held that, when dealing with immigration, the White House and Congress “can get away with things they ordinarily couldn’t,” said Temple University law professor Peter Spiro, an immigration law expert. “The court has explicitly said the Constitution applies differently in immigration than in other contexts.”

Two of the immigration cases at the court offer the justices the possibility of cutting into the deference that courts have given the other branches of government in this area. One case is a class-action lawsuit brought by immigrants who’ve spent long periods in custody, including many who are legal residents of the United States or are seeking asylum. The court is weighing whether the detainees have a right to court hearings.

In the other case, the court has taken on a challenge to an unusual federal law that makes it easier for children born outside the United States to become citizens if their mother is an American and harder for them if their father is the U.S. citizen. Even after legislation in 1986, children of American fathers face higher hurdles claiming citizenship for themselves.

Both cases were argued before Trump became president in January, and the Obama administration opposed the detainees’ claims and the citizenship challenge.

Even if the positions haven’t changed, the context has, Spiro said.

“The court has got to be conscious of how these rulings are going to apply to Trump administration activity,” Spiro said.

The decisions may directly affect people who are targeted by immigration authorities for quick deportation, or expedited removal, and immigrants who were brought to the United States as children and offered protection from deportation by the Obama administration, said Steven Vladeck, a University of Texas law professor.

“An open question in immigration law concerns how much authority the government has and how strong the Constitution is as a constraint,” Vladeck said. For Trump, he said a major question is how much discretion the president has. “It’s at the heart of a lot of what the Trump administration wants to do,” Vladeck said.

Other cases involve discrete sections of the immigration law in which the decisions either will free or constrain immigration authorities from deporting people convicted of certain crimes.

In one case, a Mexican immigrant is facing deportation after he was convicted in California of having sex with someone under 18 and more than three years younger than he was. The charge covered a period before and after his 21st birthday when the woman, his girlfriend, was 16. That’s a crime in California, but not in most of the rest of the country and the immigrant says it should not count as sexual abuse of a minor, which under immigration law would subject him to deportation.

In another case, an immigrant convicted of burglary is challenging a provision of immigration law that counts the crime as serious enough to warrant automatic deportation. Several federal appeals courts have sided with immigrants who have contended the provision is too vague.

Another issue before the court also involves sending people back to their native countries, in a case in which an immigrant received bad legal advice that led to a guilty plea and certain deportation.

Immigration almost certainly will continue to be a very active part of the Supreme Court’s docket. The travel ban itself could be at the court in the coming months. On Monday, the federal appeals court in San Francisco is hearing the administration’s appeal of an order striking down the ban. Appellate judges in Richmond, Virginia, heard a similar case last week.