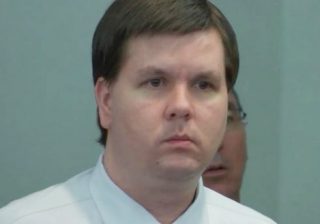 Last month a jury in Brunswick, Georgia found Justin Ross Harris guilty of malice murder and cruelty to children for leaving his 22-month-old son Cooper in a hot car to die. He was also convicted of dissemination of harmful material to minors and attempted sexual exploitation of children for allegedly requesting and exchanging sexual images and messages with an underage girl. On Monday, a judge sentenced Harris to life without parole plus an additional 32 years in prison. Many were quick to convict Harris before the trial even started, myself included. In fact, the case had to be moved to a different county in order to find impartial jurors.

But once the trial was underway, it was clear that the prosecution’s case had more holes than actual evidence. Even though the jury convicted him, I believe there were a number of assumptions that were made after pretrial hearings that turned out to be totally inaccurate, and contradictions that weakened key elements of the case.

With the whole case tied to Harris’ intent, every bit of circumstantial evidence was used to determine what he was thinking before and after his son died. Several witnesses testified regarding his reaction to discovering his dead child in the back seat of his car. But even those stories weren’t all consistent. Officer Brett Gallimore testified that he “never saw (Harris) cry once. I didn’t see any emotion whatsoever.” Of course, this contradicted his initial report, which said that Harris was extremely upset when police arrived at the scene. This discrepancy led defense attorney Maddox Kilgore to move for a mistrial when Judge Mary Staley Clark kept the report out of evidence and restricted Kilgore’s ability to question Gallimore about it.

Of course, some of the evidence certainly looked bad for Harris. The police consultant who looked at Harris’ online activity said that Harris had deleted his internet history shortly before the day of Cooper’s death. A digital forensic specialist described Harris as “crafty,” because he “intentionally hid and deleted information.” Of course, deleting online history doesn’t make one guilty of murder. Sometimes, it’s done to make a web browser run faster or to get rid of other, non-murder-related things.

We did get confirmation that Harris searched for how to survive prison. Of course, for all we know, that was because he was exchanging sexually explicit messages and pictures with underage girls. The court heard from a woman who said she sexted with Harris when she was just 16 years old, exchanging sexual pictures of each other. Several other women who were over 18 at the time also testified regarding sexual relationships they had with Harris, including a paid escort. But several of these women even testified that not only did they know that Harris had a child, but that he would talk about Cooper and how much he loved him. So while these witnesses helped the prosecution when it came to the charges related to sending sexual material to a minor, they completely undermined their case for murder.

And that was really the biggest problem in the prosecution’s case. So much of their case was damaged as soon as it was put forward. The women who were supposed to help formulate this theory that Harris wanted to get away from his family ended up saying the opposite. The jury learned that Harris was certainly a sleaze who cheated on his wife, but they also learned that he told his mistresses that he wouldn’t leave his wife because he loved his son too much. The online history that was supposed to contain so many smoking guns ended up firing mostly blanks. And even when decent evidence was revealed, it was often buried in the middle of long, dry, technical testimony that probably put the jury to sleep.

Of course, in the end it didn’t matter to the jury that the whole case reeked of poor planning. The order of witnesses made no sense (to be fair, moving the case out of Cobb County may have made scheduling difficult). But the length of some of the questioning was unnecessarily long, resulting in tedious testimony that I could barely stay awake for. Yes, some questions are necessary to lay a foundation or establish an expert’s credibility before getting to the good stuff, but there was a lot of overkill in this case.

But most importantly, I thought the prosecution overplayed the internet history. So much of that evidence was discredited, to the extent that even the stronger stuff was tainted in the process. The prosecutors knew the truth behind the Child Free message board and the video with the vet. They shouldn’t have used the Child Free message board at all, and the video with the vet was mentioned by Harris in his police interview, which the jury saw. It was important enough because it showed that Harris was aware of hot car deaths, but the prosecution didn’t need to harp on it so much, leaving the door open for the defense to poke giant holes in it. In the end, the evidence was so weak that they didn’t even use it in their closing argument.

When the trial started, I knew the defense had a decent amount to work with, because it’s difficult to prove a person’s intentions and all of the evidence was circumstantial. Still, the amount of evidence appeared to be overwhelming, and I initially expected Harris to be found guilty. After both sides rested their cases I truly believed Harris would — or at least should have been acquitted of the murder and cruelty to children charges. The defense did a great job in this case, but the jury ultimately felt otherwise. They convicted Justin Ross Harris on all counts. You can bet this will be appealed.

This piece was originally published after the prosecution rested it’s case, and has been updated after a judge sentenced Justin Ross Harris.
Ronn Blitzer is an editor at LawNewz.com and a former prosecutor in New York City. Follow him on Twitter at @RonnBlitz.