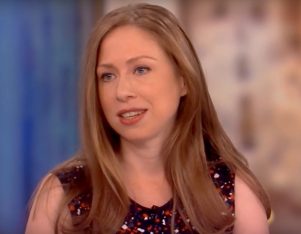 Wikileaks dropped another round of emails on Monday, in what has now become a daily update to its archive of emails believed to be from an account belonging to Clinton campaign chairman John Podesta.  The latest release includes an email from late 2011 that suggest Chelsea Clinton expressed concern over two Foundation staffers that were believed to have “taken significant sums of money” from her parents.

Chelsea formally joined the Board of Directors of the Clinton Foundation in 2011 and began to take a more active role in her family’s charity organization.  In late 2011, the Foundation also hired an outside legal firm to conduct a corporate governance review and make recommendations for reorganizing the Foundation going forward.   Previous email releases and press reports suggest there was conflict during this time period between Chelsea and some of the longtime staffers and officers who had been with the Foundation since its inception.

A newly released email dated November 4, 2011 appears to further support the idea of a conflict between Chelsea and longtime Clinton Foundation employees.

In the email, Chelsea appears to be providing John Podesta, Cheryl Mills and two lawyers with the law firm that conducted the governance review with a summary of concerns that had recently been expressed to her by Foundation employees.  A majority of the concerns appear to be about two Foundation employees named Justin and Hannah.

The Daily Caller reports that “Justin” is longtime Bill Clinton aide Justin Cooper — a name might sound familiar from his role in setting up Hillary Clinton’s private email server.  However, LawNewz.com cannot independently verify the report.  We reached out the the Clinton Foundation for comment but have not received a response.  We are also unable to verify the identity of “Hannah.”

Nonetheless, in the email, Chelsea describes hearing that “Ilya physically saw/caught Justin a couple of days ago reading his bberry and loading the same spyware onto his computer that he loaded onto Bari’s computer.”

Chelsea also describes how “Oscar told my father he knows Justin reads his emails.”  This is seemingly a reference to Oscar Flores, another longtime Clinton aide.

Finally, Chelsea recounts one final bit of feedback that she had received about Hannah and Justin.

“Ilya believes Hannah and Justin have taken significant sums of money from my parents personally – some in expenses – cars, etc. – and others directly,” Chelsea wrote.

LawNewz.com contacted the Clinton Foundation in an effort to clarify what was meant by “taken significant sums of money,” but we have not received a response.