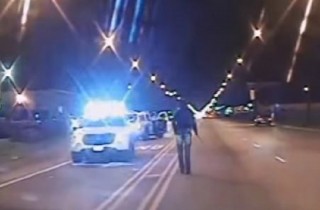 A special prosecutor announced on Monday that there was enough evidence to convene a grand jury to investigate a potential cover-up by the Chicago Police after the fatal shooting of Laquan McDonald. Judge LeRoy Martin Jr. announced that a grand jury will convene in the next two weeks to hear evidence surrounding the October 2014 death of McDonald, a black 17-year-old.

Judge Martin named former judge Patricia Brown Holmes as the special prosecutor. Holmes will investigate whether police officers lied after the shooting in order to justify it. Some officers had written that McDonald had lunged at them with a knife before Officer Jason Van Dyke shot him 16 times. Dashcam footage showed that he was walking away while holding a knife.

CPD Superintendent Eddie Johnson recommended the termination of seven officers last month, because they allegedly filed false reports in the case. Van Dyke wasn’t one of them, but he is facing a first-degree murder charge. The U.S. Department of Justice opened an investigation into the Chicago Police in the wake of the shooting last December. The investigation was meant to look at “CPD’s use of force, including racial, ethnic and other disparities in use of force, and its systems of accountability,” to determine whether there were “systemic violations the Constitution.”

Holmes discussed the importance of having a grand jury investigate the case. “In a decision that’s this weighty and important, I think the public would want to have some oversight,” she said. “It’s fair and it’s impartial and it lends credibility to the process.”