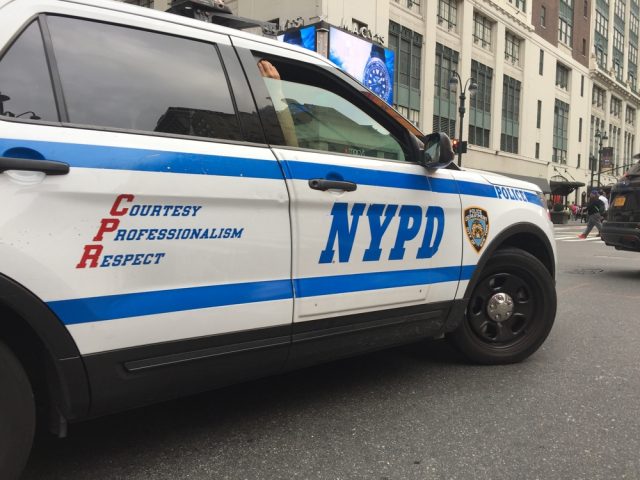 Two narcotics detectives with the New York City Police Department (“NYPD”) have been indicted on charges of rape and bribery after admittedly having sex with a teenage girl in the back of an unmarked police van last month.

Edward Martins and Richard Hall were accused of raping the 18-year-old after an apparently pretextual drug-related arrest in Calvert Vaux Park in Brooklyn on September 15.

The young woman, who is not being named out of longstanding practice, filed a lawsuit against the two detectives, the City of New York and the NYPD a couple weeks later.

According to contemporaneous reports, the two detectives were originally at Brighton Beach on the day in question. There they were said to be conducting a “buy-bust operation,” an anti-narcotics tactic wherein police lawfully purchase drugs from someone and then arrest the drug seller for selling the police the drugs the police requested.

For some unexplained reason, Martins and Hall drove off in their unmarked Dodge van and ended up at Calvert Vaux Park where they arrested the girl for possession after a traffic stop. She was with friends when picked up–and those friends were instructed that she would be taken to the 60th Precinct for processing. She never made it to the precinct.

Instead, the two police officers drove her to a nearby Chipotle parking lot. There, she was apparently forced to perform a sex act on both officers before one of the two cops allegedly raped her.

A friend of the girl’s who went to pick her up from the 60th Precinct said:

She was like ‘They just fucked me,’ I couldn’t have done anything but it was definitely just one of those damn moments.

After they were finished with her, she was forced out of the van and then they drove away, according to the girl’s attorney, Michael David.

Martins and Hall admitted to having sex with the girl. Both of the detectives claim the sex was consensual.

According to David, who was unaware of the charges when questioned yesterday, the indictment bolsters his client’s story.

He said, “Assuming this is true, it would validate everything my client has been saying. She was kidnapped, handcuffed, raped, and sexually assaulted in an NYPD vehicle before they dumped her out on the street. We certainly hope charges have been filed.”

We intend to vigorously challenge the allegations that have been put forth, and he’s entitled to the presumption of innocence. He doesn’t lose that just because he’s a police officer, and people should keep an open mind about what happened here. It’s one thing to make public statements and another to prove it in court.