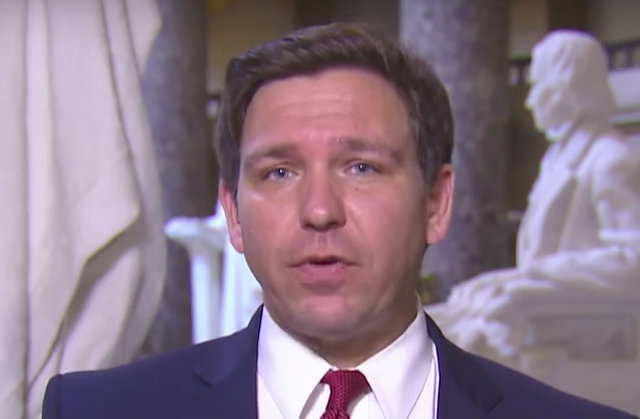 On Monday, a Republican congressman started efforts to snuff Special Counsel Robert Mueller‘s investigation into Russia’s interference in the 2016 presidential election, and his reasoning doesn’t make any sense. The move smacks of a lawmaker playing politicized defense for his president.

“Congress should use its spending power to clarify the scope and limit the duration of this investigation,” Rep. Ron DeSantis (R-Florida) said in a statement reported by POLITICO. It does more than limit. His amendment, which would be part of the pending spending package, only funds Mueller’s probe for 180 days after enactment, and prevents investigators from looking into stuff from before June 2015, the month Donald Trump started running for president. Well, that’s helpful!

Mueller and several congressional committees are looking into whether POTUS’ campaign colluded with Moscow. It’s a question worth looking into. A January report from the Office of the Director of National Intelligence, FBI, CIA, and NSA said that Kremlin ordered election interference efforts to hurt Democratic candidate Hillary Clinton and help Trump. If true, it shows that a foreign adversary has the will and the means to screw around with our political system. DeSantis’ amendment only gets in the way by handcuffing Mueller from actually doing his job, and conducting a thorough investigation.

I’m not one of these people who assume Trump’s campaign colluded with Moscow, at least illegally. Even when it comes to the things we know about, we’d have to interpret the laws in an overly broad way to show that a crime happened. Donald Trump Jr.‘s June 2016 meeting with a Russian lawyer–whom he was told had dirt on Clinton, and represented the Kremlin’s efforts to help dad–was gross, shady, dumb, unethical, nasty, self-serving, and devoid of moral compass. Somehow worse was his sheer inability to stick to a single story about it. But illegal? That’s debatable based on what’s publicly known.

And that’s where we are. Did collusion happen? We’ll see. In the end of all this, Mueller may well fail to prove the campaign broke any laws connected to the interference. The best move the president can do right now is suck it up, submit to this probe of his campaign, and quit acting so damn guilty all the time. The amendment proposed by DeSantis only works to hamper the investigation, and create suspicion.

The amendment isn’t currently part of the spending package, and still has to face the House Rules Committee.