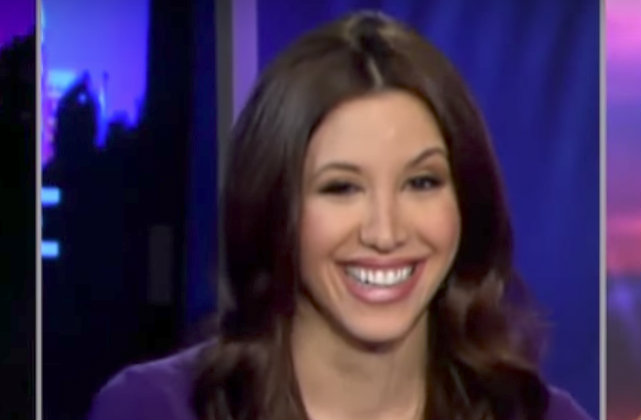 Fox News reporter Diana Falzone has sued the network because it allegedly demoted her after she wrote about her infertility. Her attorneys filed the lawsuit Monday with the Supreme Court of the State of New York.

The complaint says she had built up a great reputation with the company, doing well-received work, and appearing on shows like Hannity, Fox & Friends Weekend, and Red Eye. She also hosted several network programs like Break Time, and Heroes @ Home.

Then came her January 24 article. Titled “Women Should Never Suffer in Silence,” it detailed her 2016 diagnosis of endometriosis. This pain-inducing condition is when uterine tissue grows outside the organ. The result: Doctors told her she would likely be infertile during her whole life.

Her immediate supervisors actually gave her a lot of support at first, and one editor even supplied the title, she claims. Plus, readers loved the article. But that changed after the article’s publication, and an alleged order from the executive offices enforced by producer Justin Craig.

On January 27, 2017, Craig called a meeting of the Foxnews.com production team and announced, in Falzone’s absence, that Falzone would no longer appear on air in any Fox News programs. He gave no reason for this action, thus leaving employees with the false impression that Falzone had done something terribly wrong. Indeed, Falzone was later approached by several coworkers who either said or suggested that she must have done very bad things in order to have earned this lifetime ban.

Instead of a providing an explanation, a supervisor allegedly told Falzone that she had better look for a new job.

“A co-worker confided to Falzone that the management of Fox News did not want its female reporters to report, speak or write about matters involving women’s reproductive health (such as fertility) or transgender issues,” the suit says. Falzone claims the executives thought her infertility article would reduce her sex appeal, and that women at the network are held to a double-standard in this regard.

It’s another lawsuit filed by an employee against the embattled network. For example, black reporter Kelly Wright said he was mistreated because of his race. However, most high-profile claims are based on sexual harassment. Suits have been filed by hosts like Andrea Tantaros, and Julie Roginsky. Smith Mullin, the firm that represents Falzone, also worked for former host Gretchen Carlson in her complaint against Roger Ailes, leading to his resignation as Fox News CEO in 2016.

More recently, popular host Bill O’Reilly left the company after a New York Times report said he and Fox settled claims by five women that he committed sexual harassment and other bad behavior. He denied these allegations.

Update – 12:54 p.m. EST: We added information from the lawsuit itself.