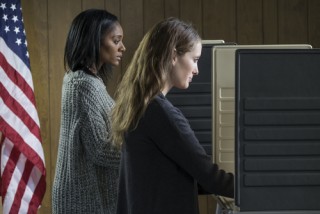 The difficulties Wisconsin voters had with the state’s new voter ID law was intentional, according to Todd Allbaugh, former chief of staff to a Republican state senator. The law, which took effect in November 2014, requires voters to present a photo ID at the polls. The kicker? The ID has to be issued by the state of Wisconsin, or be a passport, military ID, naturalization certificate, or be from a recognized Native American tribe, according to a website the state set up to inform voters.

Confusion over the law resulted in long lines during Wisconsin’s presidential primary. MSNBC reported that approximately 300,000 people in Wisconsin don’t have an acceptable ID, and many voters had to wait for hours to get one before voting.  College students in particular had difficulties, as many of them are originally from other states and had to get new ID cards. Allbaugh said this was part of the plan. Representative Glenn Grothman, a state senator in 2011, when the law was discussed at a closed-door meeting (it is unclear if he was at the meeting), acknowledged on Tuesday that the law would help the GOP, saying, “We feel if there’s less fraud it’ll help Republican candidates. We can’t prove it, but that’s what we think.”

But Allbaugh says it goes much deeper than that. He told MSNBC that the law was designed with the intent to disenfranchise Democrats. He said that at the closed-door meeting, attendees talked about how the law would affect minorities and college students the most. An election administrator said that the law slowed down the voting process. Schools reported wait times of over an hour, and people in Green Bay were in line for over two hours.

Besides wait times, the law also resulted in people not being able to vote at all. Allbaugh wrote in a Facebook post that one of his employees, who is from California, tried to get an acceptable Wisconsin ID so he could vote in Tuesday’s primary. According to Allbaugh, his employee was told his California ID wasn’t enough to get a Wisconsin ID without also providing his birth certificate. Since his birth certificate was back in California, he didn’t get to vote. Allbaugh said the intent behind the law was to suppress votes in the name of fraud prevention. Meanwhile, he alleged that a Republican staffer’s wife voted twice. Allbaugh said in his post that this law was the “last straw” that led to him leaving the party. “Republicans used to fight for voting rights, and here they are taking them away,” he told MSNBC.

The ACLU and other groups are challenging the law’s strict requirements, and argued against it in federal court on Thursday.