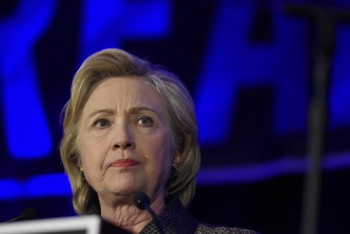 Stewart Baker, writing for The Volokh Conspiracy Blog at the Washington Post on Monday, raises some largely overlooked, yet potentially very troubling issues related to Hillary Clinton’s use of private server while serving as Secretary of State. Baker would know about this issue too, he previously served as the first assistant secretary of policy for the U.S. Department of Homeland Security.

When analyzing newly available information about when Clinton started using the clintonemail.com home-brew server, Baker, a former Department of Homeland Security official, learned that for most of the first three months of Clinton’s term as Secretary of State, her private e-mail server apparently was not encrypted or authenticated with a digital certificate needed to encrypt communications.

Given the importance of secure, encrypted communication, especially for the Secretary of State, Baker writes that he started to take a deeper look at the publicly available information and timeline surrounding those first few months of Clinton’s term as Secretary of State in an effort to figure out why her team did not initially obtain a digital certificate, and then why it took almost three months to correct the digital certificate issue.

Baker concluded that the most simple answer for the failure to initially obtain a digital certificate was that it was simply a mistake.  However, Baker is not so forgiving as it applies to the reasoning for a three month gap between when Clinton started using the private e-mail server as Secretary of State and the ultimate installation of a digital certificate.

So, what does Baker think happened that tipped off the Clinton team to the need for a digital certificate on the private e-mail server?

“There now seems to be a very real probability that Hillary Clinton rushed to install an encryption certificate in March 2009 because the U.S. intelligence community caught another country reading Clinton’s unencrypted messages during her February 16 — 21, 2009, trip to [Asia].”

Baker supports his contention by pointing to a memos disclosed in a recent FOIA lawsuit that detail the fight between Clinton and National Security Agency (NSA) over Clinton’s desire to use a BlackBerry inside a secure State Department office.  In a March 11, 2009 memo, it appears as though Clinton seemed to have been reminded about intelligence concerning communication vulnerabilities during Clinton’s Asia trip the previous month (February 2009).  According to Baker, Clinton’s server acquired a digital certificate – 18 days after the probably March 11 reminder.

“I suppose this could all be coincidence, but the most likely scenario is that the Secretary’s Asia trip produced an intelligence report that was directly relevant to the security of Clinton’s communications. And that the report was sufficiently dramatic that it spurred Clinton to make immediate security changes on her homebrew server.”

According to Baker, if this is indeed true, then it only leads to more questions.  He notes that this is especially true because even though there is evidence that Clinton was using the server in January and February, she never turned over e-mails before March 18.

Ultimately, Baker concludes there is sufficient evidence for officials to seek direct answers to these questions, even if it means refocusing the investigation to when Clinton started using the server.