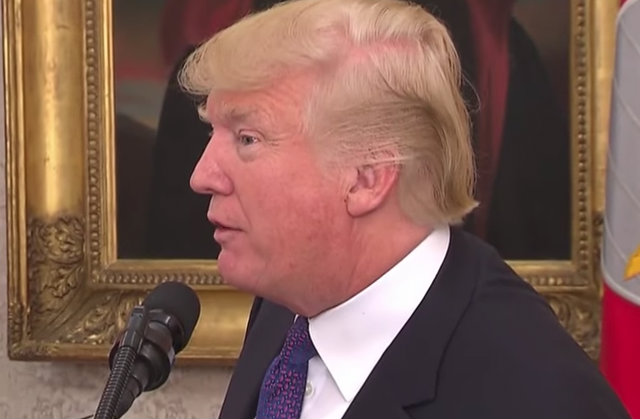 Update – Dec. 2, 6:27 p.m.: ABC suspended reporter Brian Ross on Saturday for his report saying that former National Security Advisor Michael Flynn agreed to testify that his old boss President Donald Trump told him to make contact with the Russians during the campaign. They said the information had been insufficiently vetted.

“As a result of our continued reporting over the next several hours ultimately we determined the information was wrong and we corrected the mistake on air and online,” they said in a statement.

BREAK: ABC has suspended @BrianRoss for 4 weeks without pay for going to air with inaccurate story that said candidate Trump (instead of President-elect Trump) had told Flynn to contact the Russians pic.twitter.com/eanGzSGeYn

Our original story on Ross’s reporting is below.

JUST IN: @BrianRoss on @ABC News Special Report: Michael Flynn promised “full cooperation to the Mueller team” and is prepared to testify that as a candidate, Donald Trump “directed him to make contact with the Russians.” https://t.co/aiagnvr8eS pic.twitter.com/r8u2LWAd0O

Flynn pleaded guilty Friday to lying to FBI agents about his contacts with the Russian ambassador about  U.S. sanctions, and a United Nations resolution regarding Israel. ABC reporter Brian Ross said a source told him that the former National Security Adviser will testify that Trump told him to make contact with Moscow. Flynn is also reportedly ready to testify against members of Trump’s family, and others in the White House.

This contradicts what the president previously said. He said he didn’t ask Flynn to discuss sanctions with Russia. His son Donald Trump Jr. and Jared Kushner have also been publicly implicated in allegations that his campaign helped out in Russia’s election interference efforts. Both men were at a 2016 meeting with a Russian lawyer aTrump Tower to get dirt on Democratic candidate Hillary Clinton.

None of it will matter unless Congress is willing to impeach. There is no constitutional support for prosecuting a sitting President, and Trump won’t let a family member go to jail. https://t.co/j8e4hKxdOc

“There is no constitutional support for prosecuting a sitting President, and Trump won’t let a family member go to jail,” tweeted attorney and University of George law Professor Page Pate.

The White House is playing down the significance of the Flynn guilty plea. Here’s the statement from Trump attorney Ty Cobb:

This is going to be White House strategy for as long as they can keep Trump from talking or tweeting about it. “He worked for Obama’s longer/he’s a proven liar” pic.twitter.com/Pb7e3Kfs6M