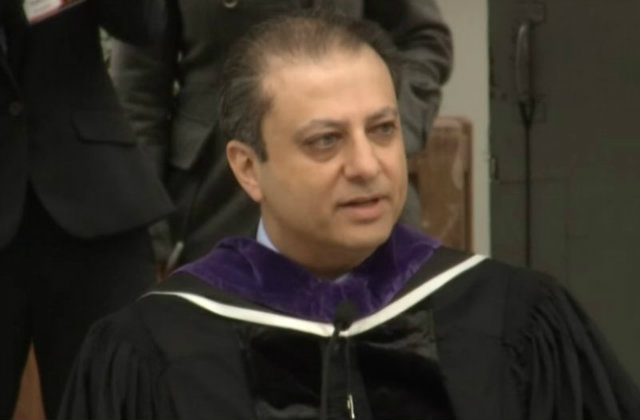 On Friday, former US Attorney Preet Bharara got told he had to resign despite initial promises he could stay. On Saturday, he got fired. On Sunday, he tweeted this:

By the way, now I know what the Moreland Commission must have felt like.

It’s his first post after he was fired as the United States Attorney for the Southern District of New York. And while there’s no confirmation about what precisely he meant, people seem to think he was investigating the administration of President Donald Trump. It’s not random Twitter eggs either. He’s caught the attention of people from organizations like the NY Post, POLITICO, and the ACLU.

So is @PreetBharara saying he was fired because he was looking into @realDonaldTrump ? https://t.co/tKRq3pagGC

Wow, what a shot! RT @PreetBharara: By the way, now I know what the Moreland Commission must have felt like.

As of 4:49 p.m., his tweet garnered over 400 replies, with most people being fans. But there’s no confirmation about what he meant, and as of mid-afternoon on Sunday, he hasn’t made any public announcements since that tweet.

New Yorkers will immediately get that opaque reference to the Moreland Commission to Investigate Public Corruption. Democratic Governor Andrew Cuomo put them together in July 2013 to probe politicians of suspected corruption. Then suddenly disbanded it in 2014. There were allegations that the governor’s office tried to stifle investigations linked to Cuomo, so a US Attorney—Bharara—lead an investigation into whether there was malfeasance. In 2016, he announced there was insufficient evidence.

Anyway, it’s worth mentioning that watchdog groups asked Bharara on Wednesday to look into the president’s foreign business dealings for possible violations of the emoluments clause.

We’ve reached out to the White House, and Department of Justice for comment. We are working to reach Bharara, too.

He served in the previous administration starting in 2009. On Friday, Jeff Sessions asked all 46 remaining Obama-appointed US Attorneys to resign. Bharara was fired after reports he refused to resign. In any case, he lacks the legal leverage to do anything about it, barring any plot twists. It’s typical for new presidents to boot holdovers.