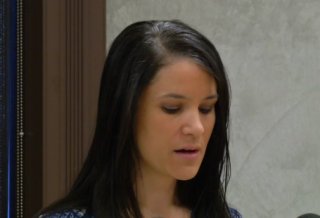 In 2013, Marisa Yukich went to the ART Reproductive Center in Beverly Hills, where she had her eggs extracted, fertilized, and frozen. She had a contract with the facility to keep eggs and a vial of male genetic material stored there, for an annual fee. But after two years, she learned that the center accidentally destroyed the eggs, California’s ABC7 reports.

In a statement, the center said that “due to a single human error, the first ever in the history of the Center, one patient’s blastocysts were responsibly, yet inadvertently discarded. ” They did not elaborate on how the accidental destruction of the eggs was done “responsibly.” The center also said that they offered Yukich, 38, on multiple occasions, “unlimited services to re-create the blastocysts using the identical anonymous donor male genetic material.”

But Yukich’s attorney, Adam Wolf, says they made no such offer. He says they only offered her $600. Now she’s suing for $7 million. Wolf said the center had Yukich sign papers before her procedure that releases them from any responsibility, but he believes it is not enforceable.

[h/t and screengrab via ABC]