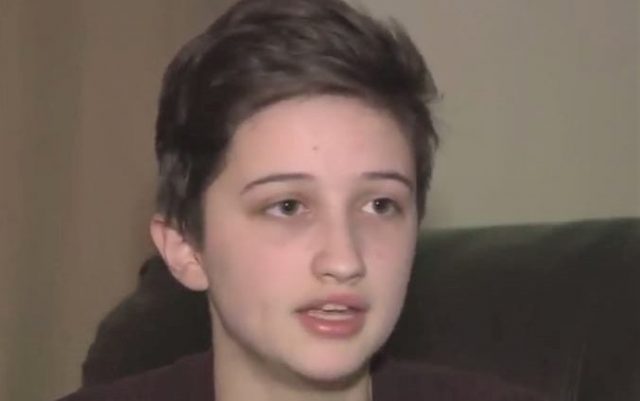 Ash Whitaker, a transgender high school senior, sued his school district for not allowing him to use the boys’ restroom at school because he was born female. Whitaker claimed that the school violated Title IX regulations against gender discrimination, as well as the Equal Protection Clause of the Fourteenth Amendment. On Tuesday, the Seventh Circuit Court of Appeals sided with Whitaker, upholding a preliminary injunction that allowed him to keep using his preferred facilities.

Whitaker, who according to court documents first identified publicly as a boy going into his freshman year, claims that the school’s bathroom policy, which was not written in any codified guidelines or regulations, was harmful to him both physically, in the sense that he would get dehydrated (and faint) as a result of limiting water in trying to avoid using the bathroom, and emotionally, to the extent that he had suicidal thoughts. While the Kenosha Unified School District wasn’t supportive of his lifestyle, court records say that fellow students were generally accepting.

Under the Obama administration, federal guidelines instructed public schools to allow students to use restrooms and locker rooms according to their gender identity, but the Trump administration revoked those guidelines.

Ash’s mother filed the complaint on his behalf, because he is still a minor.

The school district tried to get the case dismissed at the trial level, but the U.S. District Court denied their motion and granted Whitaker’s motion for a preliminary injunction, allowing him to use the boys’ bathroom in accordance with his gender identity. They appealed the injunction, and the Seventh Circuit Court also ruled against them.

The court’s opinion, written by Judge Ann Claire Williams, said that the District Court did not err in their decision, as Whitaker has shown a likelihood that he will ultimately win the case based on constitutional grounds. Judge Williams also held that overturning the injunction would harm Whitaker irreparably, more than the school would be affected. “The harms identified by the School District are all speculative and based upon conjecture, whereas the harms to Ash are well‐documented and supported by the record,” Judge Williams wrote. The judge said that Whitaker would have a good chance of success at trial under a “sex-stereotyping” theory as applied to Title IX.

The school district argued that allowing Whitaker to use the boys’ bathroom would result in the end of any gender segregation in school facilities. The court noted that school administrators from 21 states and Washington, D.C. acting as amici (friends of the court) stated that this would not be the case.

While Whitaker hasn’t won the lawsuit outright just yet, the fact that the injunction will stay in place is basically a victory, considering that Wednesday is the last day of school for graduating seniors.