FBI Probe of Clinton Foundation Based Mostly on Allegations in ‘Clinton Cash’: Report 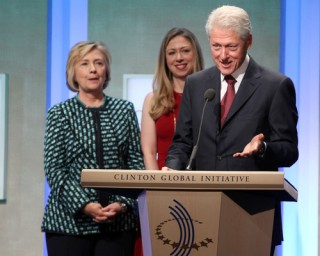 More details about the FBI Clinton Foundation probe were buried in a recently posted New York Times article. While the article focuses on Comey’s decision to release new information about the Clinton email investigation, the report also reveals brand new details from law enforcement sources about the nature of the FBI investigation into the Clinton Foundation. Up until this weekend’s WSJ article, most of the public was not even aware that federal investigators had opened such a probe.

The article states that Justice Department met with FBI officials and basically agreed to keep the case open but wait “until after the election to determine their next steps.”  There was apparently internal concern/pressure that such a probe would be perceived as political.  Of course, if the FBI started to issue subpoenas, word would get out, and that would certainly have an impact so close to the election.

But here’s what is interesting about the investigation, according to The Times:

The investigation, based in New York, had not developed much evidence and was based mostly on information that had surfaced in news stories and the book “Clinton Cash,” according to several law enforcement officials briefed on the case.

“Clinton Cash,” which was also turned into a documentary, is a bestselling book by Peter Schweizer in which he alleges  that foreign entities gave money to the Clinton Foundation, and speaking fees in return for favors at the State Department under Secretary of State Hillary Clinton.

The Times reports that the decision not to move forward with the investigation “infuriated some agents, who thought that the F.B.I.’s leaders were reining them in because of politics.” While the article compares Comey’s decision to notify Congress of the new Clinton-related emails to his more measured tactics earlier this year, it leaves many questions on the table regarding the extent to which the FBI has investigated the Clinton Foundation thus far.