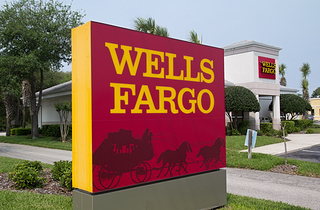 Earlier this month, banking giant Wells Fargo made headlines when the company was fined $185 million for opening over 1.5 million bank accounts and 585,000 credit lines without customers’ knowledge or consent. Wells Fargo claimed that over 5,300 employees had been fired over the fraud issues, seemingly passing the buck as if something that widespread couldn’t be the result of a company culture. Unsurprisingly, some of those former employees are now suing for wrongful termination.

The $2.6 billion class action lawsuit was filed Thursday in California Superior Court in Los Angeles County by Alexander Polonsky and Brian Zaghi, who were among the 5,300+ fired. According to the complaint, they “did not meet their impossible quotas” and were singled out “so that all other employees would learn that they must engage in these fraudulent actions in order to meet the unrealistic sales quotes or else lose their jobs.” District managers allegedly monitored all of their employees closely, stressing the steep quota of a whopping eight Wells Fargo accounts per household.

“Managers often tell employees to do whatever it takes to reach their quotas,” the complaint adds, saying that if you didn’t meet your quotas, you had to stay after hours, working overtime without pay. They classify it as a “fraudulent scam” designed “to squeeze employees to the breaking point so they would cheat customers.” The alleged end game? Stock goes up and the CEO gets “hundreds of millions of millions of dollars in his own pocket.”

In other words? “Wells Fargo could then place the blame on thousands of $12 an hour employees who were just trying to meet cross-sell quotas that made the CEO rich.” Wells Fargo has declined to comment on the lawsuit, though the bank had previously said that they were getting rid of their quotas for some bank managers.