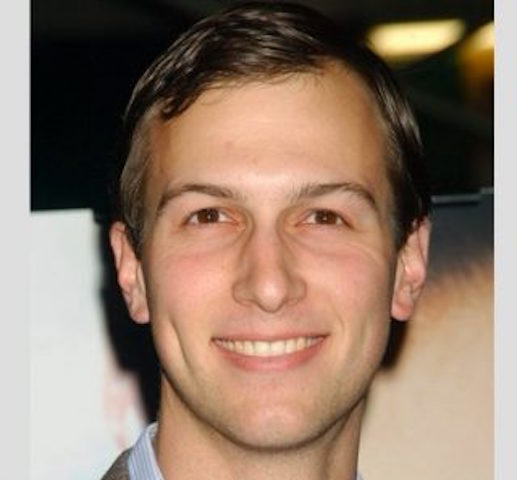 In a just-released opinion, the Justice Department came to the very same conclusion as my column for Lawnewz.com a few weeks ago:  there is absolutely no legal problem with appointing Jared Kushner, Trump’s son-in-law, to the position of Senior White House Advisor. Despite all of the critics claiming Trump was violating anti-nepotism laws, the DOJ concluded (in agreement with my earlier assessment) that his appointment is perfectly lawful.

The Deputy Assistant Attorney General for the Department of Justice Office of Legal Counsel stated in a formal published letter opinion on Saturday: “We conclude that section 3110 (the anti-nepotism law) does not bar this appointment (appointment of Kushner to the White House as senior advisor) because the President’s special hiring authority in 3 U.S.C. sec. 105 (a) exempts positions in the White House Office from section 3110.”

In particular, the DOJ letter opinion concurs in understanding of the court precedent that the White House is not an “agency” of the executive branch as intended by the anti-nepotism law, and appointments to the White House are therefor exempt from its exclusions.

Most importantly, as the opinion notes, in conformity with the opinion presented previously on LawNewz, the presidential hiring statutes makes it clear “the President can exercise his authority to appoint and fix the pay of employees in the White House Office ‘with our regard to such a law’ (the anti-nepotism law).”

Prior Office of Legal Counsel opinions failed to adequately consider or even expressly contemplated the role of the White House Presidential Employment provisions to the anti-nepotism law in a meaningful way, and this letter opinion breaks important ground in that manner. As the letter opinion itself notes, “none of our previous opinions analyzed the interaction between 3 U.S. 105(a) and the anti-nepotism statute.”

Based on that precedent, here are the three reasons Trump can appoint Kushner, or any other relative, to a position in the White House staff, as I previously stated:

The anti-Kennedy anti-nepotism law provides that the president cannot appoint a “relative” to a “civilian position” in “an executive agency” that the president “exercises jurisdiction over.” (5 U.S.C. 3110). This allows for three exceptions: first, White House staff is exempt from such laws by express language in the Presidential White House Staff employment authorization (3 U.S.C 105); second, the White House is not an “executive agency” covered by the law; third, an unpaid person, or a person not given a “civilian position” with merit service protection, is not covered by the anti-nepotism law.

The first exception derives from the Presidential employment statute the D.C. Circuit cited: “the President is authorized to appoint and fix the pay of employees in the White House Office without regard to any other provision of law regulating the employment or compensation of persons in the Government service.” (3 USC 105). Hence, Trump can appoint Kushner, Ivanka, Donald Jr., Eric, Tiffany, or anyone other relative to the White House itself. The law even provides for a First Spouse budget and notes her role in assisting the President perform his duties, confirming its intentions to exempt White House members from the anti-nepotism laws, as the D.C. Circuit also concluded.

Congress chose for the law to cover every aspect of every branch of government with one exception: the “office” and any “other establishment” of the executive branch. This is not new. The Supreme Court ruled the White House is not an “agency” of the executive branch or the government, period. (Franklin v. Massachusetts 112 S.Ct. 2767, 2775.) The Federal Circuits concurred, holding White House staff are not subject to either the Administrative Procedures Act or the Freedom of Information Act. (Armstrong v. Bush, 924 F.2d 282, 289 (D.C. Cir. 1991)). These express choices of language — called “the canon of statutory construction” by the courts — reinforced the D.C. Circuit’s interpretation: the anti-nepotism law does not apply to White House staff, exempting the functioning of the White House itself from the anti-Kennedy, anti-nepotism statute’s proscriptions.

Third, unpaid staff, or those without a position in the civilian service, are also likely excluded from the law. Even if the Presidential employment authorization for White House staff was ignored, and the White House itself suddenly defined as an “agency,” the law itself suggests unpaid staff, and those without civilian service protection, would not be covered, as the D.C. Circuit itself suggested. (AAPS v. Clinton, 997 F.2d 898 (D.C. Cir. 1993)).

Kushner’s appointment is completely lawful. Maybe Ivanka will be next.

Robert Barnes is a California -based attorney. He is also a contributor to LawNewz.com