Doctors Prevented From Questioning Patients About Guns Fight Back 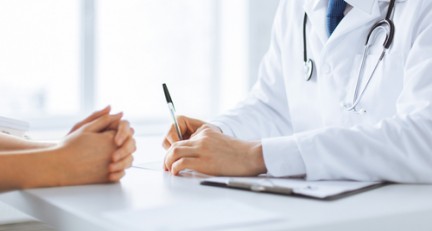 Earlier this month the 11th Circuit Court of Appeals agreed to grant an en banc (full panel) hearing of a lawsuit challenging a controversial Florida law that restricts doctors from asking certain questions about a patients’ gun ownership.

According to the Miami Herald, the law, titled the Firearm Owners’ Privacy Act, subjects physicians to disciplinary action, including loss of license, if they discuss or record information in a patient’s medical chart about firearms “that a medical board later determined was not ‘relevant’ or was ‘unnecessarily harassing.’”  The law, however, does contain a “good faith” exception that allows doctors to ask about firearms so long as the questions are deemed “relevant to the patient’s medical care or safety” or the safety of others.

In 2011 the Florida legislature passed the bill that was then signed into law by Governor Rick Scott in response to what lawmakers viewed as doctors pushing an anti-Second Amendment, anti-gun control agenda on patients in the examination room.  Lawmakers cited several examples of doctors terminating their relationship with patients who refused to answer questions about whether they kept firearms in the home.

A group of Florida physicians and medical associations, along with the ACLU, filed a lawsuit to challenge the law, arguing that it infringes on the doctors’ First Amendment rights of free speech. The lawsuit has been dubbed “Docs vs. Glocks” by the media.

In 2012, U.S. District Court Judge Marcia Cooke ruled in favor the doctors and blocked enforcement of the law. Cooke’s decision was then overruled by a three-judge appellate panel that upheld the law by a 2-1 vote in a series of appeals, including the most recent opinion handed down last December.

UCLA School of Law Prof. Eugene Volokh, posted an excellent critique of the December three-judge panel ruling on the Volokh Conspiracy blog, carried by the Washington Post, that I would suggest anyone interested in the case should read, in full.  In the blog post, Volokh argues that upholding this law would set a dangerous precedent for speech restrictions in other areas, including the ongoing attempts to set “speech codes” on college campuses.  Furthermore, the law, he writes, is not truly about protecting “privacy rights” as its proponents argue; rather it is about preventing doctors from spreading unsound anti-gun propaganda — which Volokh does recognize as a legitimate concern, but it is not a permissible basis for restricting a doctor’s speech rights.

The 11th Circuit Court of Appeals’ decision to rehear the case, en banc means that all the prior three-judge panel rulings with respect to this case will be vacated.  The 11th Circuit has yet to announce a schedule for filing en banc briefs or set a date for oral argument.