Despite All This Hype, Recounts are Likely Huge Waste of Time 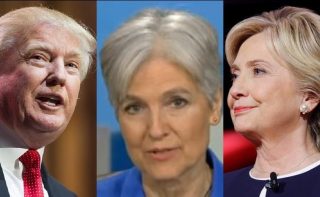 Jill Stein has been on a crusade of late, raising money and pushing for recounts in Wisconsin, Pennsylvania, and Michigan. Wisconsin is currently recounting its votes for the Presidential election, and so far, Stein has raised the money for a Pennsylvania recount. While the process behind the recount effort has come under question, the very idea of whether it could possibly be effective is suspect, to say the least.

According to a report by FiveThirtyEight.com, there have been 27 recounts in statewide general elections between 2000 and 2015. That’s out of 4,687 total elections, roughly half of one percent of the elections have had recounts. Of those 27, three produced a new result (that’s .064% of the total elections, for you math nerds).

But not only is it rare for recounts to change anything, when they do it’s in races much closer than this one. Marc Elias, general counsel for the Clinton campaign, has acknowledged that “the number of votes separating Donald Trump and Hillary Clinton in the closest of these states — Michigan — well exceeds the largest margin ever overcome in a recount.”

The biggest swing to ever take place in a recount was in Florida in 2000, when a recount resulted in Al Gore catching up to George W. Bush by 1,247 votes — and still losing. Compare that to today, when Clinton trails Trump by more than 10,000 votes.

While it’s possible that hacking of electronic voting systems may have altered results, it’s hard to say if a recount would detect any hacking. On top of that, Elias said that the campaign has “not uncovered any actionable evidence of hacking or outside attempts to alter the voting technology.”

Given history and evidence, it appears extremely unlikely that recounts will accomplish much. Of course, this election season has been full of surprises, so anything is possible.

[Images of Donald Trump and Hillary Clinton via Shutterstock, image of Jill Stein via screengrab]