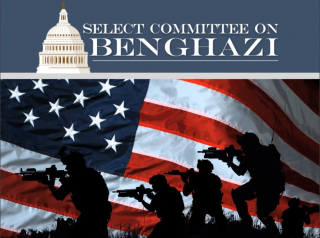 Democratic members of the House Select Committee investigating U.S. actions, responses, and security related to the 2012 terror attack in Benghazi released their report on Monday. Out of the 339 pages of the report, 44 were devoted to blaming House Republicans for conducting the investigation in the first place, saying that they “squandered millions of dollars in a partisan effort to attack a Presidential candidate.” The focal point of the report, detailing military, security, and intelligence measures related to the attack, claimed there was no wrongdoing by the administration. In areas where U.S. measures were deemed inadequate, the report shifted blame away from Hillary Clinton, even when the State Department was found to be responsible.

The report said, “As one of the longest and most partisan congressional investigations in history, the Select Committee’s actions serve as a case study in how not to conduct a credible, legitimate investigation.” Democrats went on for dozens of pages attacking their Republican counterparts, blaming them for conducting the investigation in order to undermine the Presidential campaign of Clinton, who was Secretary of State at the time of the Benghazi attack. “It is a disservice to the American public, the men and women who serve our nation, and the families of those who were killed during the attacks,” they said.

Democrats cited Republican Representative Richard Hanna, who acknowledged that House Republicans were spending millions on a committee “designed to go after” Clinton. Democrats also referred to Major Bradley Podliska a Republican who claimed he was let go from Committee Chairman Trey Gowdy‘s staff because he wouldn’t go along with what he called a “hyper focus on Hillary Clinton.”

The report claimed that Clinton did not do anything wrong when it came to Benghazi, saying she never personally denied security requests to Benghazi, despite a State Department cable that described a plan to decrease security there, and findings that Diplomatic Security staffing at the Benghazi embassy were inadequate.

A December 2012 report by an Accountability Review Board (ARB) said:

Systemic failures and leadership and management deficiencies at senior levels within two bureaus of the State Department (the “Department”) resulted in a Special Mission security posture that was inadequate for Benghazi and grossly inadequate to deal with the attack that took place.

Despite the ARB’s finding that Department leadership was to blame for “grossly inadequate” security, the report still concluded that Clinton herself was not at fault, instead placing the blame on  Diplomatic Security’s Deputy Assistant Secretary for International Programs, Charlene Lamb.

Security was the only area where the report found fault. As far as the U.S. military response to the Benghazi attack, the report said that the U.S. did all they could at the time, and that President Barack Obama kept all options on the table. According to the report, then-Defense Secretary Leon Panetta said that he met with the President after they learned of the attack, and Obama “ordered the deployment of all available resources to save American lives.” However, Panetta said they “did not go into particulars about what resources would or would not be deployed.” Panetta said that the direction was “[t]o do everything possible to try to make sure that we tried to save the lives of those that were involved in the attack.”

Generals who spoke to the Committee said that they did all they could at the time, and refuted claims that the U.S. should have sent in planes to fight against the terrorists. General Carter Ham, Commander of U.S. Africa Command said, “as I look back on that knowing what I know now, I just do not, in my military experience, see an opportunity where the application of strike aircraft would’ve been appropriate.” General Philip Breedlove, the Commander of U.S. Air Forces in Europe, agreed with General Ham’s decision because strike aircrafts would not have had a defined target.

The inadequacy of the military’s response was blamed on global positioning before the attack. General Martin Dempsey, the Chairman of the Joint Chiefs of Staff said that “response forces, at some level, will eventually rely upon basing,” and “we don’t have any basing rights in Africa.” Because the military was not positioned close enough, they could not respond quickly enough. The report refuted claims that there were any intentional delays due to commands to stand down or to delay the military response. The report said that Republican allegations that Clinton and other officials in the Obama administration may have interfered in the military’s response are unsubstantiated.

The CIA security team in Benghazi, however, was told to wait, the report acknowledged. But Democrats say it was so that senior CIA officials could request further security assistance from Libyan forces. CIA team members who spoke to the Committee agreed that this was an appropriate measure, although there were conflicting reports as to whether the words “stand down” were used.

As far as changing stories about the cause of the attack, the report said, “Assessments and information provided by the Intelligence Community to government officials regarding the attacks in Benghazi changed repeatedly in the days and weeks following the attacks.” On September 12, 2012, the day after the attack, it was reported within the Intelligence Community that the attack was “an intentional assault and not the escalation of a peaceful protest.” This report changed the next day, when it was said that it was a spontaneous attack after protests in Cairo. A September 24 report said, “there was not a protest ongoing at the time of the attack as first reported.”

While the stories changed within the administration and regarding what officials told the American people, the report said that there were “no intentionally misleading public statements.”

Republicans have yet to file their report on Benghazi. Select Committee on Benghazi Press Secretary Matt Wolking said the following in a statement in response to the report:

Benghazi Committee Democrats’ obsession with the former Secretary of State is on full display. For over two years they refused to participate in the Majority’s serious, fact-centered investigation. The dishonest Democrats on this committee falsely claimed everything had been ‘asked and answered.’ They said the committee had found ‘absolutely nothing new.’ If that’s changed, they should come clean and admit it. If not, everyone can ignore their rehashed, partisan talking points defending their endorsed candidate for president.