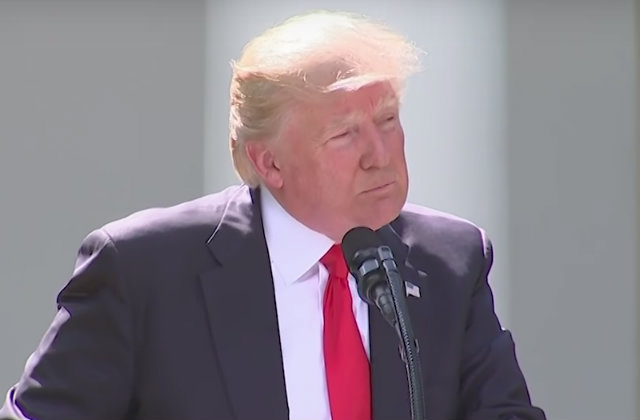 Sayfullo Saipov, the suspect in this week’s truck attack in New York City, is facing a federal charge for terrorism after eight people were killed in lower Manhattan. With that, prosecutors will now be preparing the case for a trial. Wednesday night, President Donald Trump tweeted his thoughts on the matter, calling Saipov a terrorist and saying he should get the death penalty.

NYC terrorist was happy as he asked to hang ISIS flag in his hospital room. He killed 8 people, badly injured 12. SHOULD GET DEATH PENALTY!

Jess Bravin, Supreme Court correspondent for The Wall Street Journal, noted that Saipov’s defense might take issue with this tweet, claiming that it is prejudicial against him and would influence potential jurors.

Defense counsel likely to cite such comments as prejudicial to fair trial or sentencing. https://t.co/NnmERWtnBm

Indeed, typically lawyers prefer jurors that have no knowledge of a case whatsoever. In high profile cases with extensive media coverage, they hope to at least find people who don’t opinions on the case, even if they are aware of it. Bravin’s point is that the words of the President of the United States, who has more than 41 million Twitter followers and the ears of the nation in general, are very influential.

Of course, the prosecution would likely counter with at least two arguments. First, as President, Trump oversees all federal prosecutions, and thus his comments could be seen as akin to when a District Attorney comments on a criminal case. Secondly, the terror attack already had national media coverage, and Saipov’s name and picture were already out there well before Trump posted his tweet, so jurors who saw the tweet likely heard plenty about the case already and would have formed their own opinions regardless of what Trump or anyone else said.

The point could also end up being moot, if attorneys in the case are able to find jurors who don’t have any opinions or even knowledge of the case.