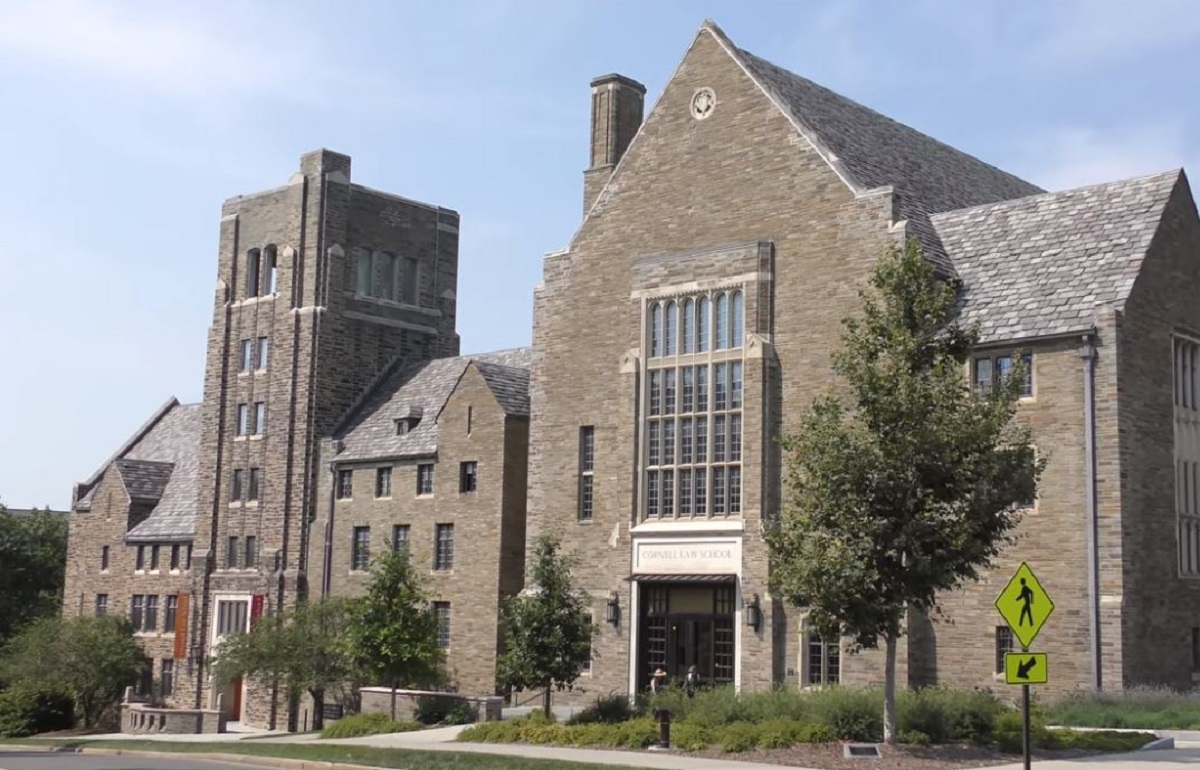 Cornell University is in the middle of a legal battle with a student, who claims they didn’t give him a fair shake when he was accused of sexual assault, and now nearly two dozen of the university’s law professors are taking his side. The student lost his case at the trial level, and was suspended for two years, but he is now appealing.

An amicus curiae (friend of the court) brief signed by 23 Cornell Law professors [Full Disclosure: the author of this article is a Cornell Law School graduate and had classes with many of these professors] expresses concern that the university didn’t let the student, identified only as John Doe, submit questions to challenge his accuser, who goes by Sally Roe. Roe claimed that on August 19, 2016, Doe had sex with her at an off-campus fraternity party when she too drunk to consent. Doe then accused her of initiating other sexual activity with him, without him giving affirmative consent.

The university conducted a Title IX hearing to evaluate the case. The professors say in their brief that Cornell’s Title IX policy permits an accused party to submit questions to be asked of the accuser, but that none of Doe’s questions were asked at the hearing. Those questions addressed evidence that Roe may have attended the party with the intention of potentially having sex after a recent breakup, as well as inconsistent statements that Roe had made about how much she drank, her state of consciousness on the night in question, and the level of pain she suffered afterwards.

“No process can be reliable or fair if a person accused of wrongdoing is unable to effectively challenge the accusations against him by testing his accuser’s credibility,” the professors said in their brief, drafted by Professor Sheri Lynn Johnson. Johnson said that the university’s process in this case “lacked a procedural safeguard that is essential to accuracy.” This was particularly significant given that there were substantial questions surrounding the facts of the case going into the hearing.

The professors’ brief was not just meant to express dissatisfaction with the current case, but to warn that more problems could arise if nothing is done.

“This violation of Cornell’s procedures may recur without action by this Court, thus harming our students in the future.”

John Carberry, senior director of media relations and news at Cornell University, said in a statement to Law&Crime:

Cornell trusts that the appellate court will carefully read the Procedures for Resolution of Reports Against Students Under Cornell University Policy 6.4 and determine whether the amici brief is of any assistance to the court. The trial court reviewed those Procedures and concluded that “the right of confrontation or cross-examination is not directed or guaranteed under the Procedures,” and recognized the discretion of the Hearing Chair and Hearing Panel to determine what questions will be asked of witnesses from the subject matter suggested by the parties.

Note: This article has been updated with a statement from Cornell University.